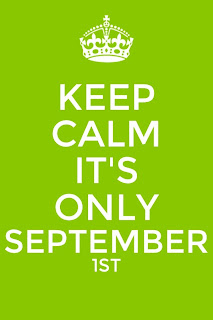 The first day of Autumn has arrived here in the UK. The weather has been lovely today and a warm sunshine prolongs the life of the summer flowers.

A few weeks ago we were told by friends that a nearby garden centre already had their seasonal department layout for the Christmas and festive season. The season that seems to get earlier and earlier, coupled with the season merging.

Global warming I think has played it's part. When we returned from Australia at the end of last October it was zero degrees Centigrade. The temperature and weather remained low and miserable for months, with Autumn, Winter and Spring merging. I wonder what will happen this year?

As the sun rays shined across parts of Devon today I have been involved in several big projects. One started in January and has just debuted on line as the Book of Me, Written by You and I have been busy talking and I could say leading, but that would be wrong.

Those that joined the Facebook group have truly embraced the sentiment of the idea; and the ideas and thoughts are flowing nicely! It really doesn't matter what you do, whether you host something online, walk into a shop or work from behind a desk, the common denominator is people and it those people that make things a success.

The other big project has been my involvement with a new Society, which specializes in One-Place Studies. Again, through this project it is the people that make the difference as we exchange ideas, develop friendships and embrace the expanding world of social media.

The children, not that I have any, have returned to school and two neighbours of ours this morning had fairly glum faces as they returned to a new school year. In England it means, probably snow, cold weather, burst pipes, cold and flu season and Christmas and that is just this term. The truth is it will go into much of next term too.

On the domestic front, I am feeling better, happier and content. I still am always busy and my new laptop and I have been on a journey of discovery and frustration together as I grasp Windows 8. The penny has finally dropped!

As to forthcoming projects. The book I have been writing about a particular branch of my family that hailed from Surrey and went to India is progressing very slowly. The projects mentioned above have hindered the book, but that is OK. I thought long and hard about publishing  versus self publishing. Then someone recently said to me that self publishing meant that your work was not worth publishing. I was a little speechless, and saddened that someone has such a narrow minded view, and it takes all sorts in this world, it would seem!

Self publishing is a big step. I have 100% of the cost outlay and I therefore take 100% of the revenue and 100% of the risk. It is a risk I am willing to take.  The saying that everyone has a book in them is probably true, but it does not necessarily mean that it is a book that should be published or will be published! For me it is all about taking part, bring an idea to life and resulting in something I am proud of. Something where I can say I did that, and that other family members can enjoy along with other historians.

I have a few other projects to get to, some are new, others were on previous lists and some are in progress, but as I said, it is only the first of September!
Posted by Julie Goucher at 11:00 pm