Booth is most well-known for his huge piece of work where he documented the working classes of London.

In 1886 Booth started visiting every street in London where he recorded the details of the residents. He visited thousands of streets and it took him 17 years to do so.

When he finished visiting the streets he set about documenting his findings in a series of maps, colour coded identifying the rich who employed servants and every classification right down to the label of black which was reserved for the vicious and semi criminal. 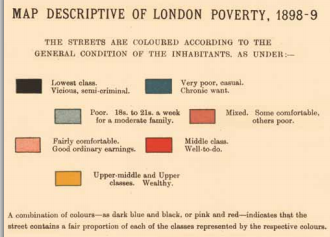 It was the basis of this study and Booth’s findings that started the basic foundations for a campaign against poverty. It lead to the Old Age Pension and School dinners, thus providing some form of care for those who were most at risk and vulnerable.

In 2012, a BBC journalist set about making a programme, which revisited 6 of those London Streets recorded in Booth’s map to see just what had changed in the intervening 100 years or so. The BBC aired the series of 6 programmes in the summer of 2012.

On the blog written to accompany the series the director stated that “There were no 'experts' in Deptford High Street and historians don't specialise in single streets.” The journalist is wrong, but I cannot tell him that as comments to the blog are closed, but more on that later!

The BBC Series was called Secret History of Our Streets (http://www.bbc.co.uk/blogs/tv/2012/06/secret-history-of-our-streets.shtml)

The London School of Economics has placed the entire map on-line which is searchable. This is a fantastic resource. The website is available at http://booth.lse.ac.uk. There is a searchable facility and really my advice is to explore the site and see what gems you discover.

To give you an idea lets go on a little tour……

From the main page I selected the Police digital notebooks 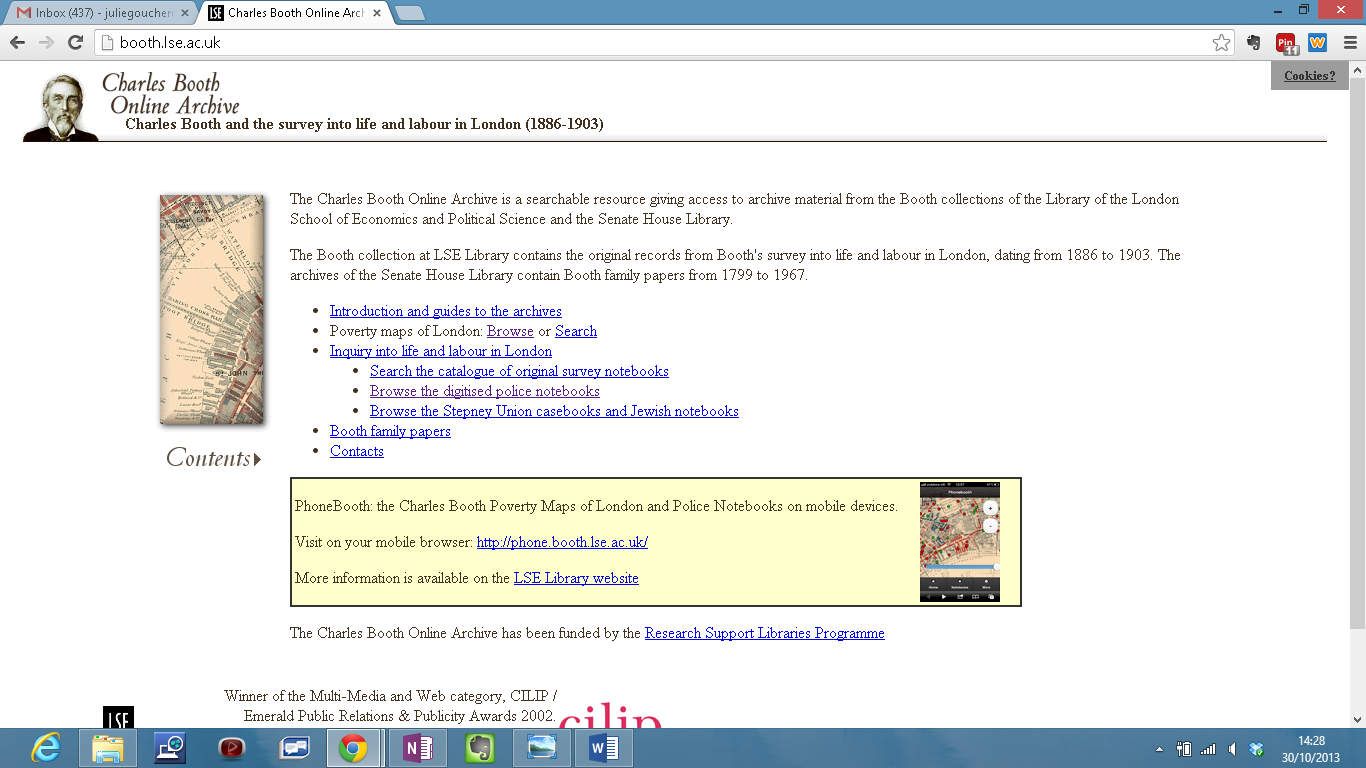 From the main page I selected the Police digital notebooks 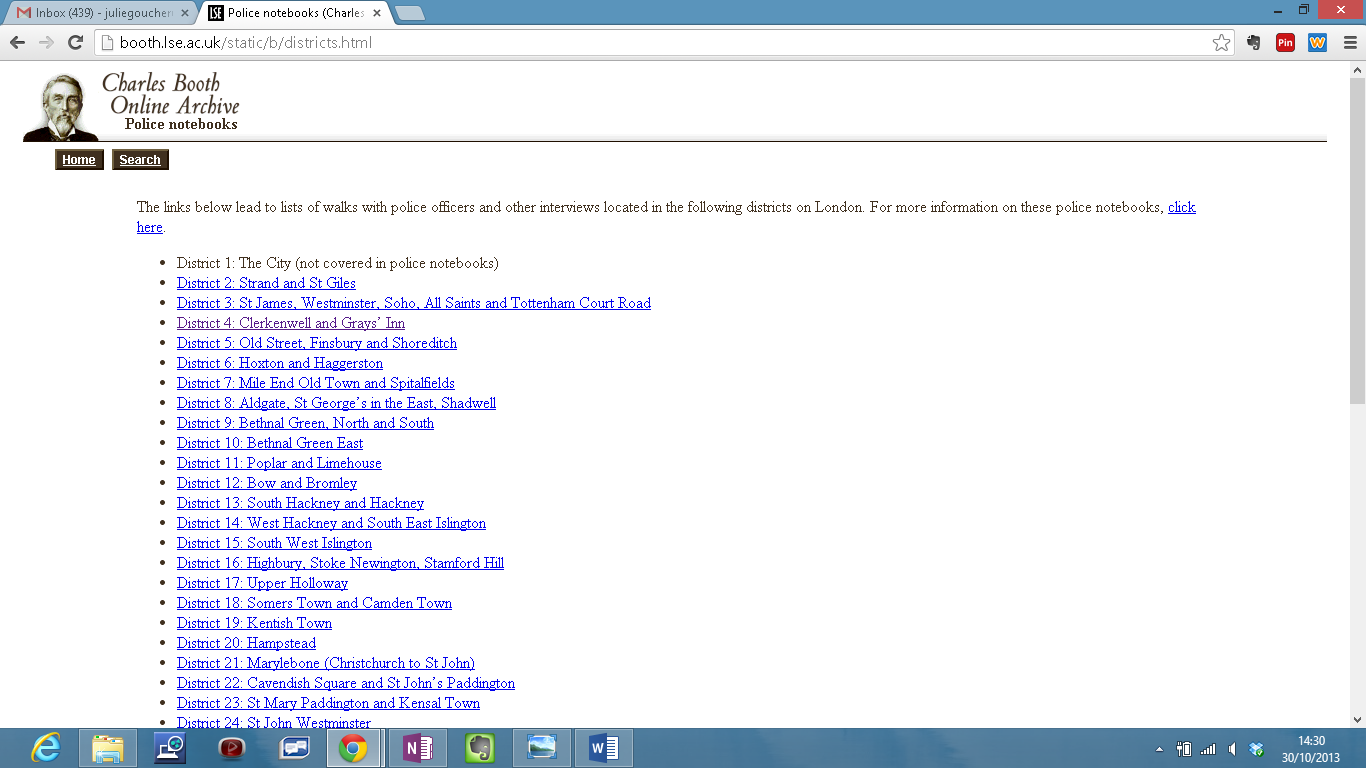 I then chose district 4 – Clerkenwell and Greys Inn, which is the area known as Little Italy. 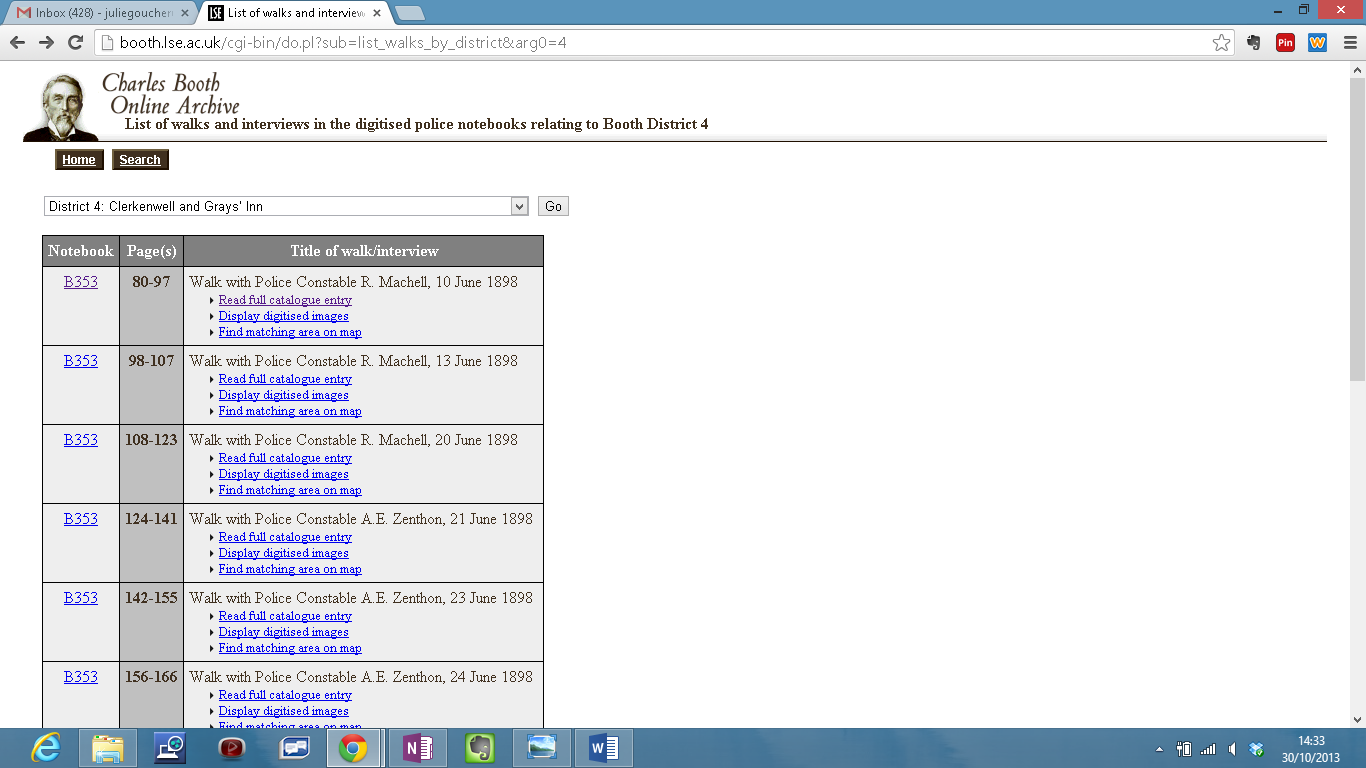 There are now several options, all the notebook interviews undertaken by Booth with the Police Constables who worked in this area of London. You can select the book to look at and then break the browse viewing by different pages.

I choose to at the first book and then to read the catalogue pages. At this point you can do a search for Italian to get a varied choice of responses. I then selected the fourth option – B353 Page241 “The Italian Quarter”. If you now click through to the map you will see a map of the area. By selecting the option see scanned pages you can view Booth’s writing (http://booth.lse.ac.uk/notebooks/b353/jpg/241.html) and there is also an option to see the other references on the same page. 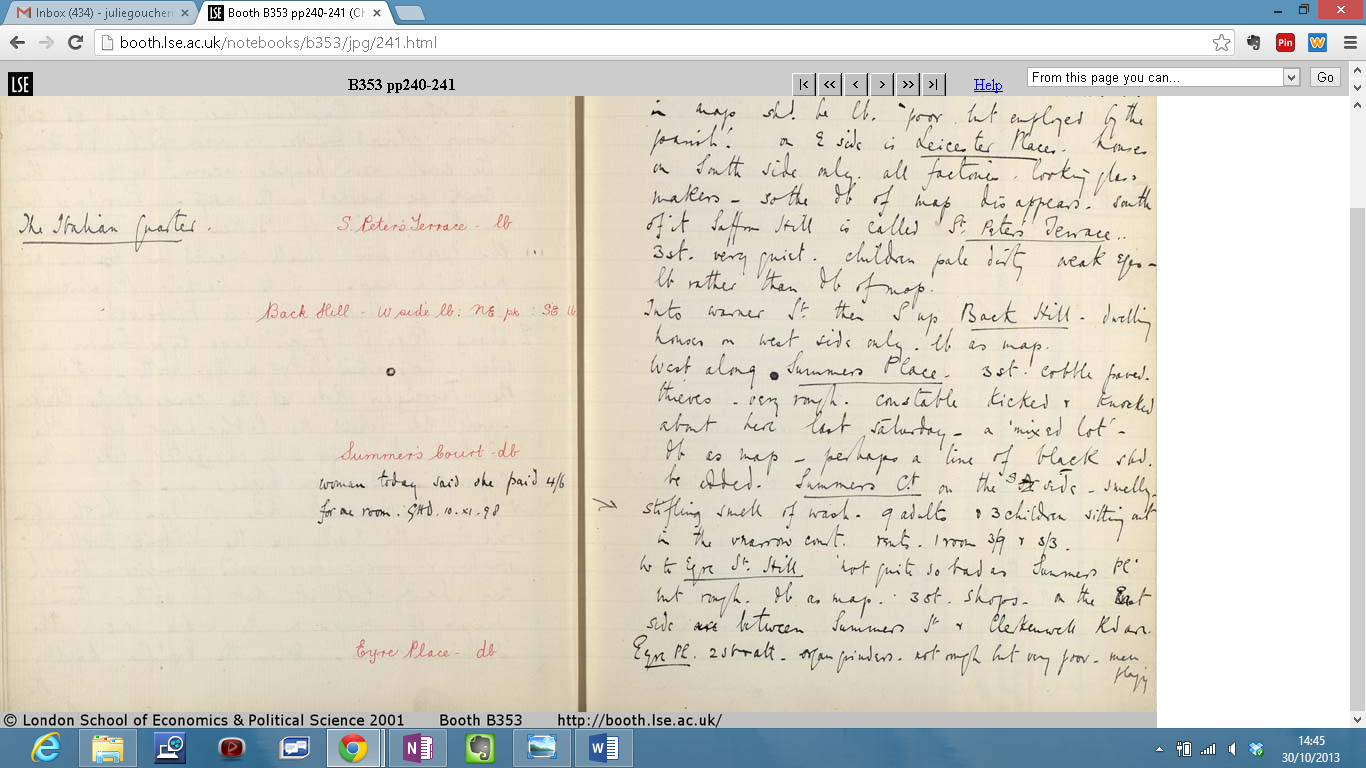 The images can take a while to load, depending on your download speed, but what a phenomenal historical gem. The survey allow us to look at a community and delver deep in to the social, economics and domestic lives of the inhabitants.

I mentioned that the producer said no one researched streets. Well they do, but perhaps not in his areas, or perhaps he didn't ask the right people! Check out the Society for One-Place Studies.

A Tourist Guide to Our Secret Streets, written by the Open University in association with the BBC https://css2.open.ac.uk/outis/docs/publications/OZNOSS.pdf

BBC Four have produced their London Collection which has a list of videos – hopefully they are available to those outside of the UK (http://www.bbc.co.uk/bbcfour/collections/p00synd3/london)

The Society for One-Place Studies http://www.one-place-studies.org

I have previously published this post (and appears here with minor amendments) in The In-Depth Genealogist, Across the Pond column Issue 12, pp 45-50, January 2014
Posted by Julie Goucher at 4:35 pm

Email ThisBlogThis!Share to TwitterShare to FacebookShare to Pinterest
Labels: genealogy