As promised, this is the third of four posts taken from this delightful book. This third recipe is for Yule Log and is taken from Nigella's fabulous website 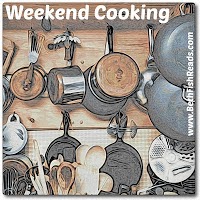 Weekend Cooking is hosted by BethFishReads
Posted by Julie Goucher at 7:39 pm