I had a quick look at the site and did a quick search for my two One Name Studies surnames of Orlando and Worship. As I suspected no revelations were forthcoming, but if you select the option of advanced search the bottom box on the left marked "place of residence" might reveal some early inhabitants of the location you are researching. 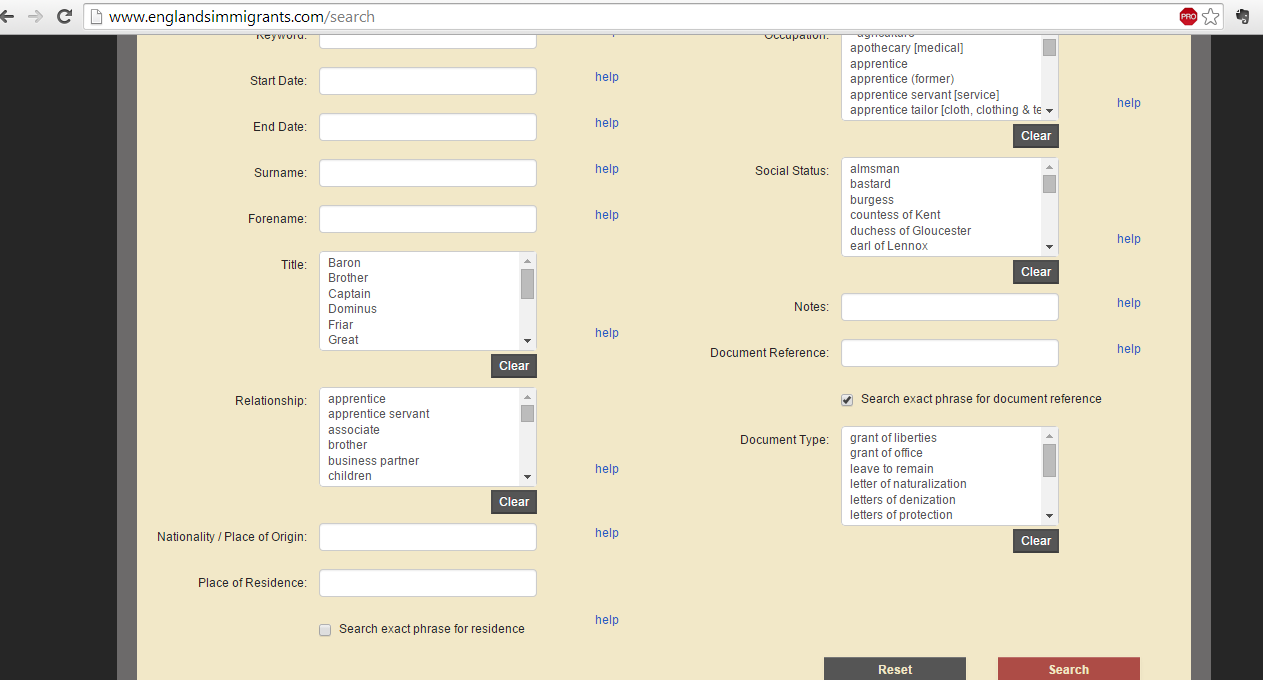 There is an option to reveal a summary or the full details. In this case it showed the results for a Nicholas Frensshman (Frenchman), an immigrant from France paying taxes on 28th May 1440. The original document is located at The National Archives at Kew under catalogue number E179/184/212.

What is so fascinating about this site is the social, economic and historical context. This is a time before standard surnames were used. This particular document shows that there was taxation for those who chose to come and live in England. Remember that this would include those from Scotland. Henry VI was the reigning monarch.

A search of the site for my home town of Guildford Surrey revealed 23 entries for the period of 1394 - 1440 from a variety of places, Ireland, France, Belguim (described as Flemish) & Holland (described as "Hollander").

For anyone who has stumbled across my blog Guildford and District will have seen a selection of postcards of the Castle ruins, the castle which pre-dates this period. As someone who grew up regularly visiting the castle grounds and seeing the ruins it is hard to imagine that the castle was once an inhabited venue. It would have had a remarkable view, indeed it still does!

The biggest tip is that every source, index or website that we encounter can assist us to put our ancestors into the social context of the time.

Posted by Julie Goucher at 2:40 pm