Beginning Sunday 16 February 2014, I will be serving as a panelist in the second MGP Study group organised by Myrt of DearMYRTLE.

We will be working through Tom Jones’ book ‘Mastering Genealogical Proof‘.

The study group sessions will be held as Google Hangouts on Air, which means that you can watch the discussion on Google+ at DearMYRTLE’s Genealogy Community live or via the archive at YouTube. They will also be added to the playlist on my YouTube Channel.

My fellow panelist are:

Our schedule is set as: 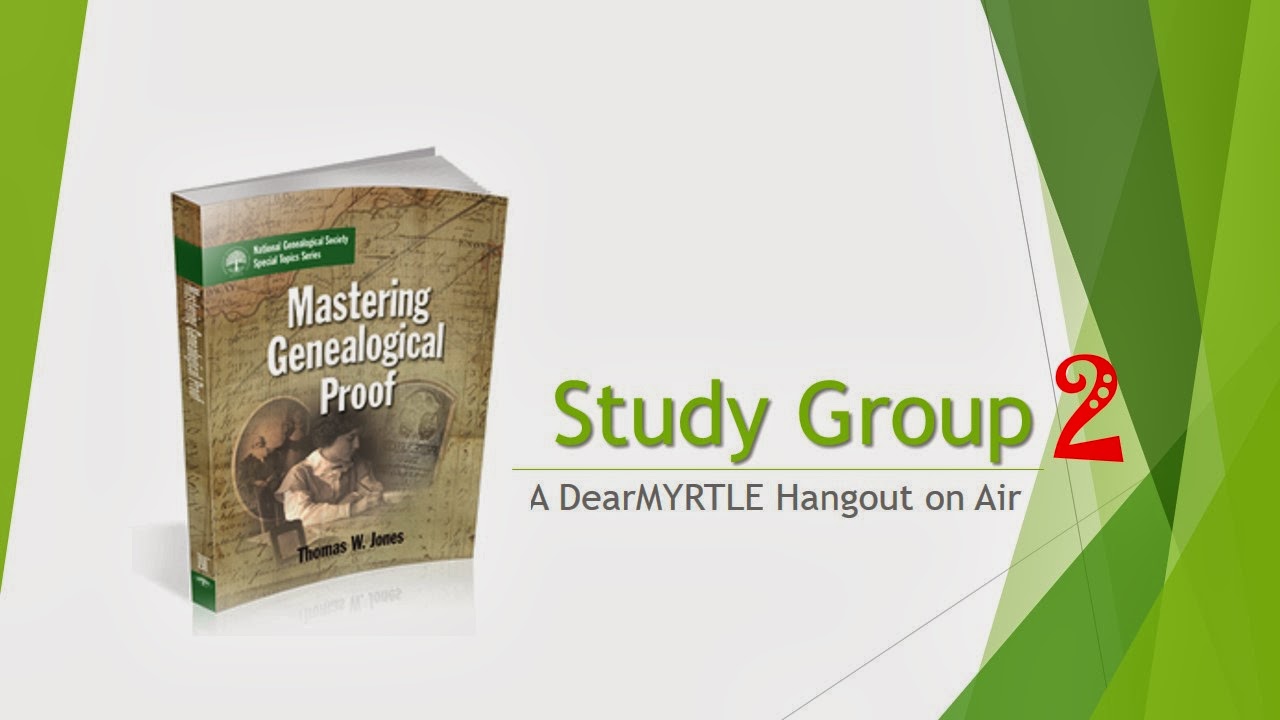