This is the document that relates to Edward Ellis, born in Geelong Victoria Australia the son of Frederick Ellis (1845 - 1914) and Sarah Ann Newton (1851 - 1923) on 3rd March 1882 and was one of 14 children.  All of Edward's siblings were born in Australia, but his father, Frederick had been born in Elstead Surrey in 1846 and was 8 years old when his parents migrated as free settlers to Geelong in 1854 on board the James Baines. 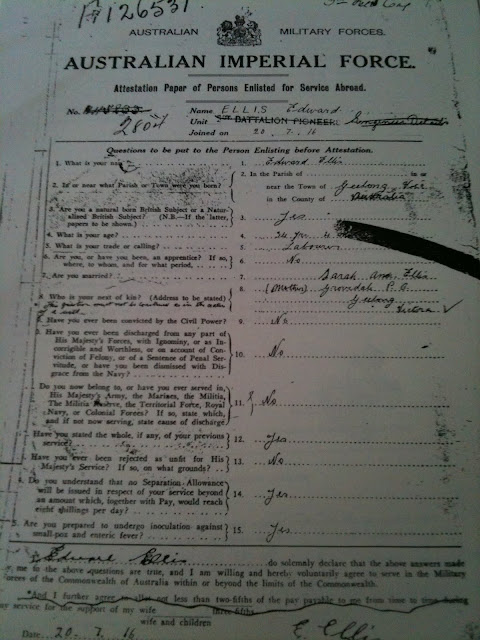 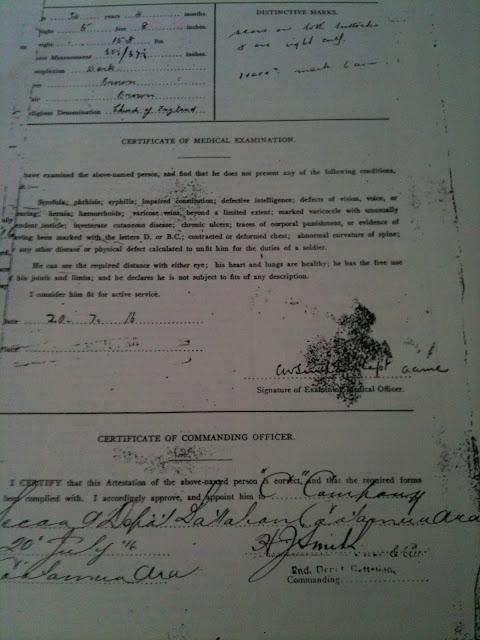 As I typed the above I realised that I really didn't know too much about Edward and my family history software had not been updated, so I pulled out the Ellis folder. Back in 1991, I had located various bits of information about Edward and here are those details:
Having read the above in the file some obvious questions sprang to mind: