The Creative Stitches & Hobby Fair has been on in Exeter since Thursday. We visited yesterday, against my better judgement. Work commitments prevented me going on Thursday and Friday. It was, as I predicted packed and getting photos of general views tricky, but we managed it! 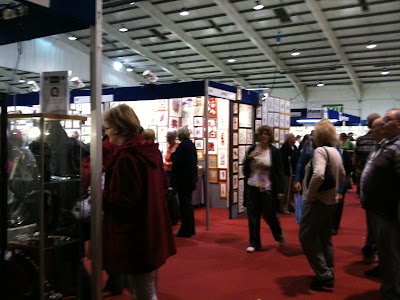 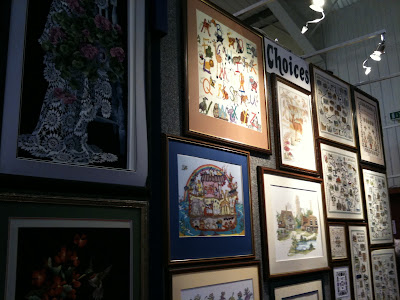 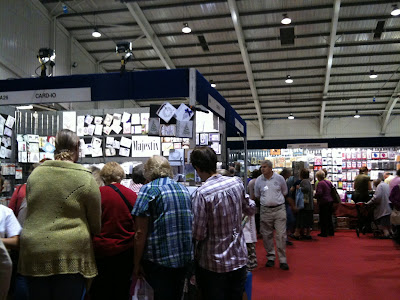 The stall holders sold all sorts - wonderful buttons in varying shapes and colours, embroidery and cross stitch pattens, scrap booking material, patchwork, fabrics and much much more. There were also some exhibitions of Lace Making, Embroidery. 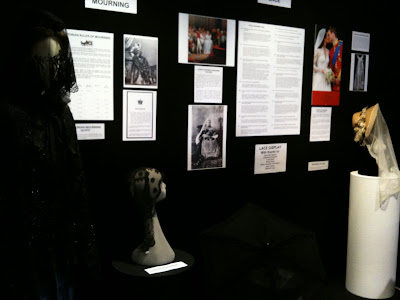 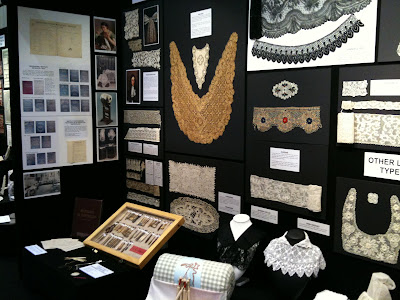 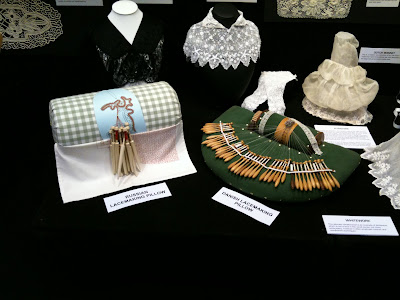 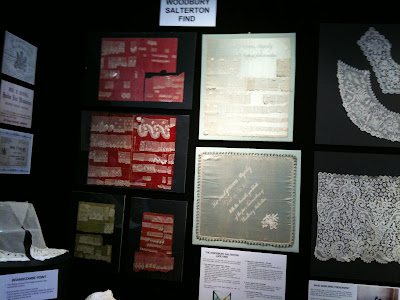 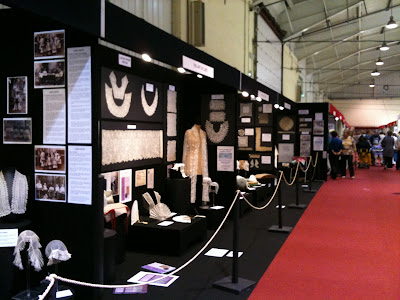 The lace making exhibition was remarkable. There was a map indication the various pattens relating to various areas of the UK, so each area was renowned for a particular stitch, which was something I had not realised. I have an ancestor who was reported on the 1841 Census for the Surrey village of Elstead as a lace maker. She would have used bobbins and created pattens, and was paid by piece work.  It is very fine work and there was a volunteer on hand to answer questions and show exactly the process. 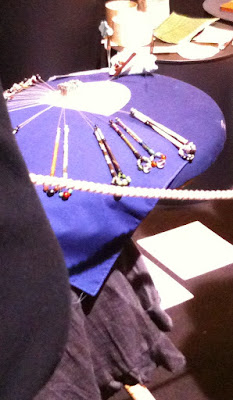 There was also a display of clothes which have featured in the UK drama Downton Abbey. 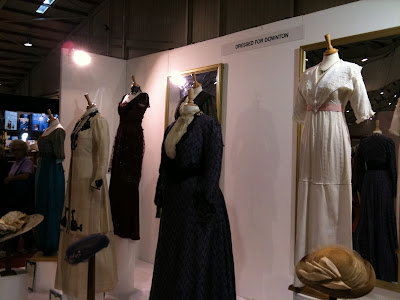 There were also embroideries from the Poetry in Stitches exhibition and the West Country Embroiders Postcard exhibition, but more on those later.
Posted by Julie Goucher at 4:57 pm