Yesterday I wrote about the Royal Artillery records that FindMyPast have just released. You can read that post HERE.

Later on I was involved in a conversation via Twitter with +Seonaid Harvey Lewis about the various purposes of the columns on the document.

What a great conversation that was, but I also thought how useful it was. So I am sharing the explanation of the information below. 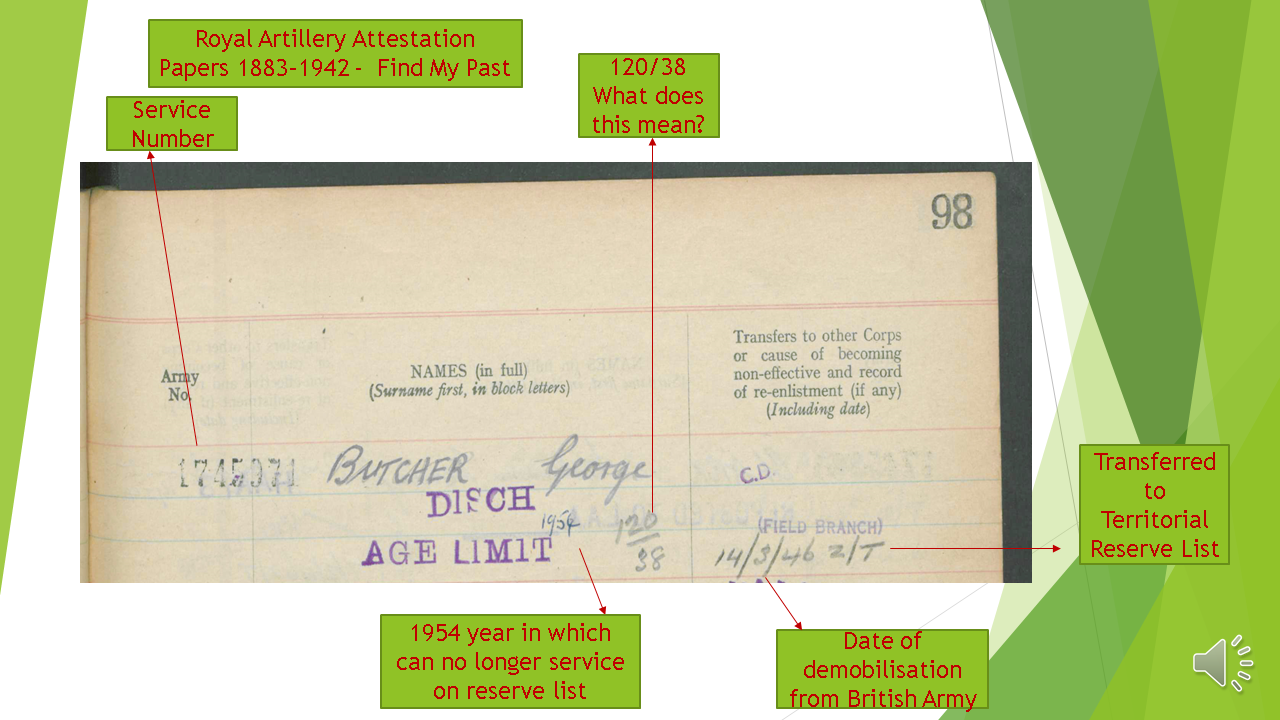 Posted by Julie Goucher at 6:23 pm