I have been to Canberra several times, but the highlight of this visit was the many hours spent at the Australian War Memorial. The main exhibition  - Nurses from Zululand to Afghanistan was of particular interest to my cousin, a nurse herself and we spent quite a lot of time in this exhibition before moving on through the rest of of the museum. So I am going to show a few photographs taken from inside the Museum - some do appear later on in the alphabet too! 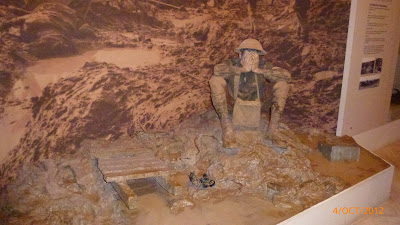 A cleverly made exhibit indicating the mud and despair of the trenches. 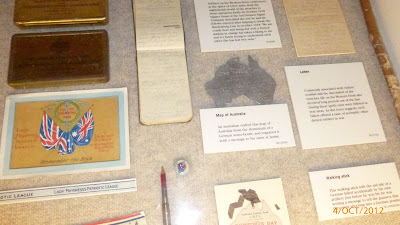 The map of Australia was crafted from a German water bottle by an Australian soldier during the First World War, who engraved a message on it before sending home to his sister.

The following pictures are a few from the area of the museum which looks at the Australians who were defending Malaya from the Japanese. This wall depicts all the faces of the Prisoners of War, who died during the death marches. All 1,747 of them. 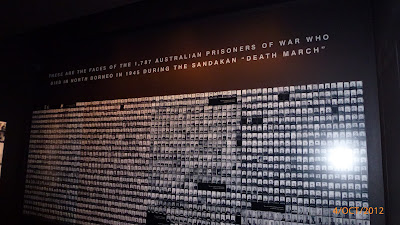 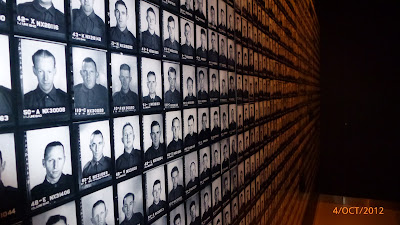 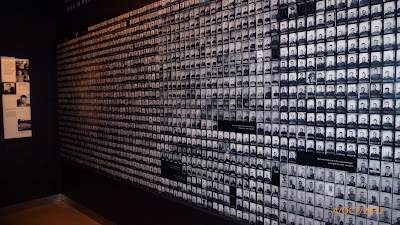 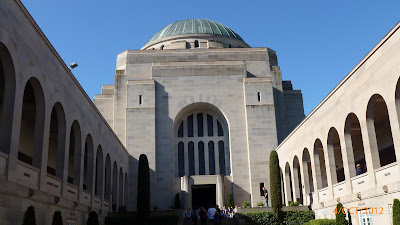 Below each arch is the name of a theatre of War where Australian military have served. Through the archway is the Memory of Honour, reflecting all the service personnel who have died in the line of duty. 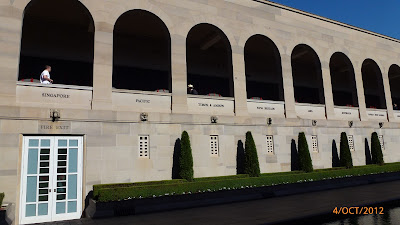 And finally, the view away from the Museum 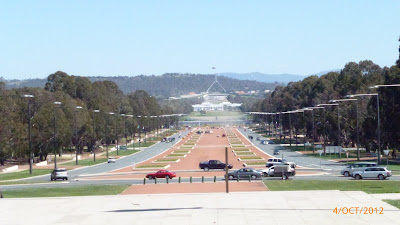 Despite the amount of photographs here, this was really a whistle stop tour. A fabulous and somewhat humbling experience.

Taking part in the A-Z April Challenge
Posted by Julie Goucher at 10:07 am