The highlight of my trip was seeing my family and catching up with old friends and meeting those who had been in touch with me online for a while, but whom I had never met.

Since my last visit, my family had experienced three bereavements, so it was important to me that one of the first tasks I did having arrived (after having some serious sleep and visiting the bank) was to head to the cemetery to pay my respect to those who I would not see again. For me that was so important and very emotional. You never think that when you board a plane to come home that the next time someone, or my case, three someones will be missing, even though we know there are two certainties in life - death & taxes! Grief is a very strange emotion and has a habit of creeping up on you just when you think all is okay! 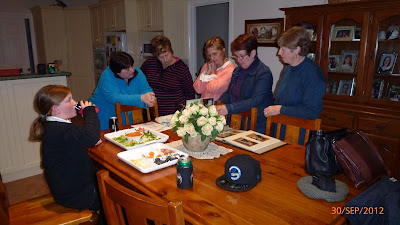 As one would expect, the Aussie BBQ - September and October are Spring - therefore the start of the BBQ season. Brr, the evening of this BBQ was pretty chilly thankfully I had packed a rather favourite heavy duty jumper! In this next photograph is myself and my cousins.  We are looking at a group of photograph albums that their Mum had left to the oldest daughter. Many un named. I borrowed them and scanned the lot whilst in Australia and was able to name around 3/4 of the photographs.

Here are a random selection of people that made the trip as special as it was. 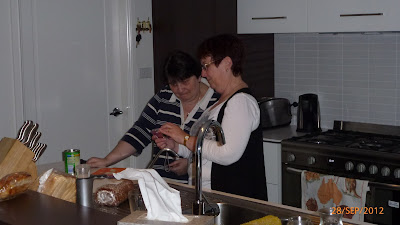 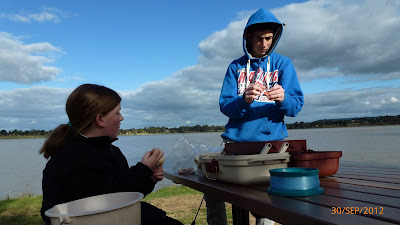 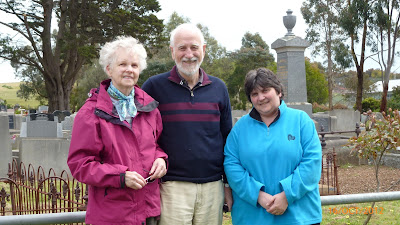 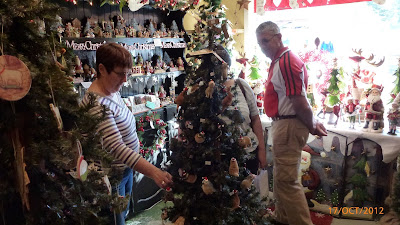 Taking part in the A-Z April Challenge
Posted by Julie Goucher at 11:56 pm