In July 1940 HMT Dunera departed Liverpool with more than 2,000 passengers, made up of Jewish refugees, Italian and German prisoners of War and guards.  The destination was unknown to the passengers. The conditions on board were harrowing and 57 days later the ship arrived in Australia, firstly in Melboune where the Prisoners of War disembarked before continuing it's journey to Sydney.

Those passengers, who became known as the Dunera Boys were transported by train to a camp located in New South Wales in the town of Hay.

Today the location of the camp is desolate and located on the edge of town. Several of the railway carriages have been converted into a museum and it was here that we spent a couple of hours reading the various exhibits. 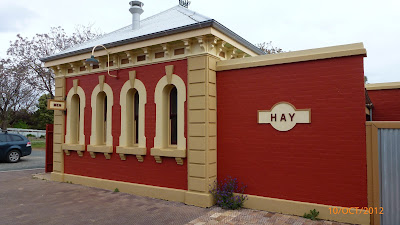 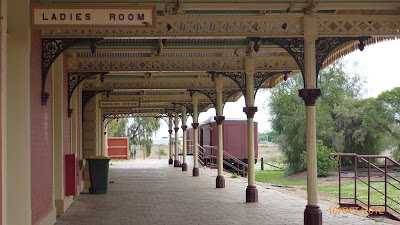 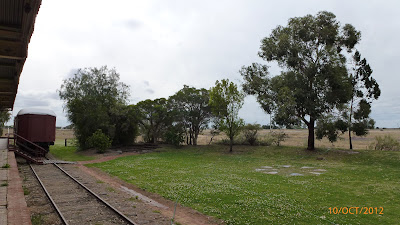 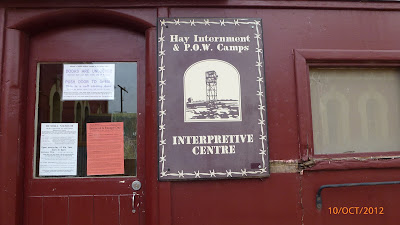 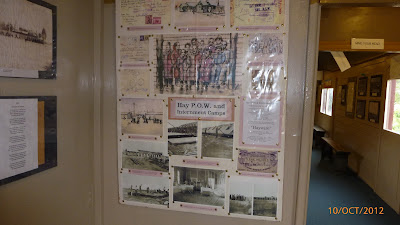 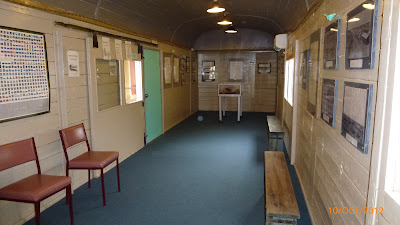 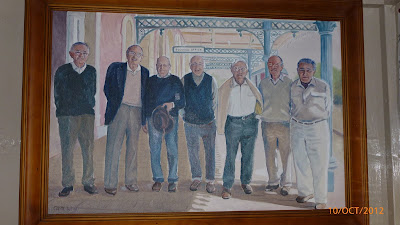 This final picture is of a small gathering of "Dunera Boys" painted at a recent reunion.

Taking part in the A-Z April Challenge
Posted by Julie Goucher at 10:21 am