A few weeks ago I received a very nice email asking me if I was interested in reviewing the services of a company that specialised in old newspapers. Intrigued, I accepted with the suggestions of newspapers from around the Second World War era and if possible could the area of review relate to the Channel Islands or Surrey. 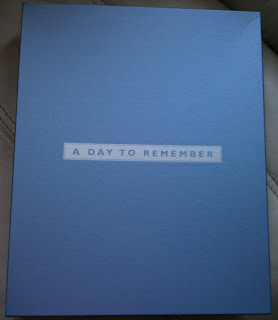 A few days later a box arrived where contained within was this. Presentation is everything.


Upon removal of the lid the newspaper was wrapped in archive standard tissue paper. 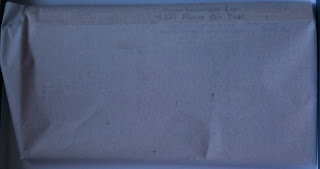 There was also a rather nice letter and details of a discount code that I can share with readers of this site.

Beneath the tissue paper was two newspapers from the German Occupation period of the Second World War, both relating to the Island of Guernsey. 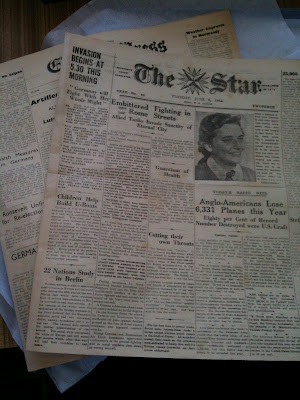 Both newspapers are slim volumes, just 4 sides of news each, but remember the island was an occupied territory. Nonetheless, it was comforting to read that life in some ways simply carried on.... Here are a few photos to show what I mean. 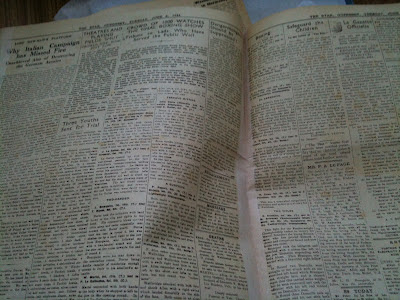 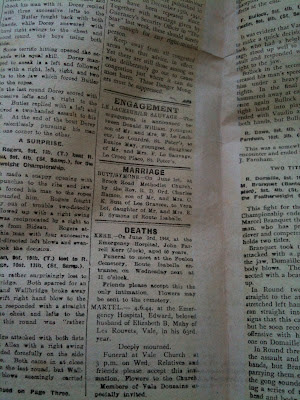 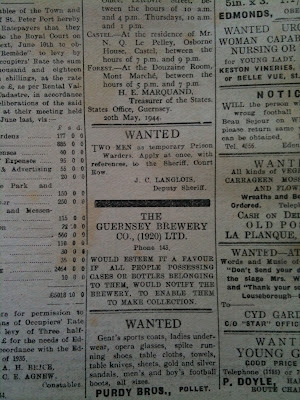 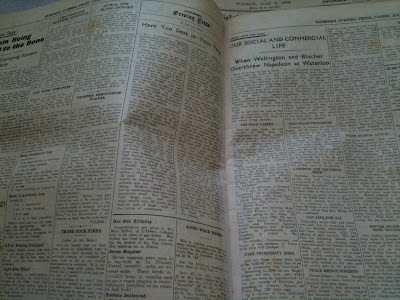 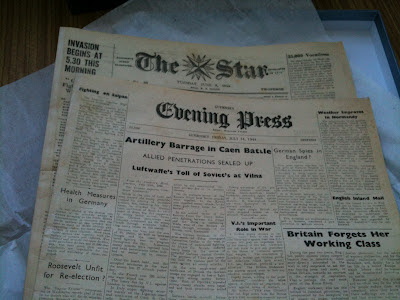 The newspapers are original and a real treasure. Newspapers are greatly undervalued as a research medium. They represent a snapshot of life and are an ideal way to commemorate a special birthday or anniversary. My husband had a special birthday just before Christmas last year and I marked the event with a personalised mug from Emma Bridgewater and a special bottle of whisky. I never contemplated a newspaper and wish I had!

The historic newspapers site is HERE. At the site is possible to search via a date or a specific newspaper. Remember these are original newspapers.

We have been kindly provided with a discount code which is 15TODAY and that will reduce your purchases by 15%.

As I said almost at the start, presentation is everything. The moment I opened the blue box and saw the newspaper wrapped in tissue it was easy to see that this would be a special gift for someone.

Disclaimer - I have been provided with a free copy of two newspapers in the presentation case in exchange for a fair and honest review.
Posted by Julie Goucher at 12:07 am

Email ThisBlogThis!Share to TwitterShare to FacebookShare to Pinterest
Labels: Reviews