Postcards of a War by Vanita Oelschilager 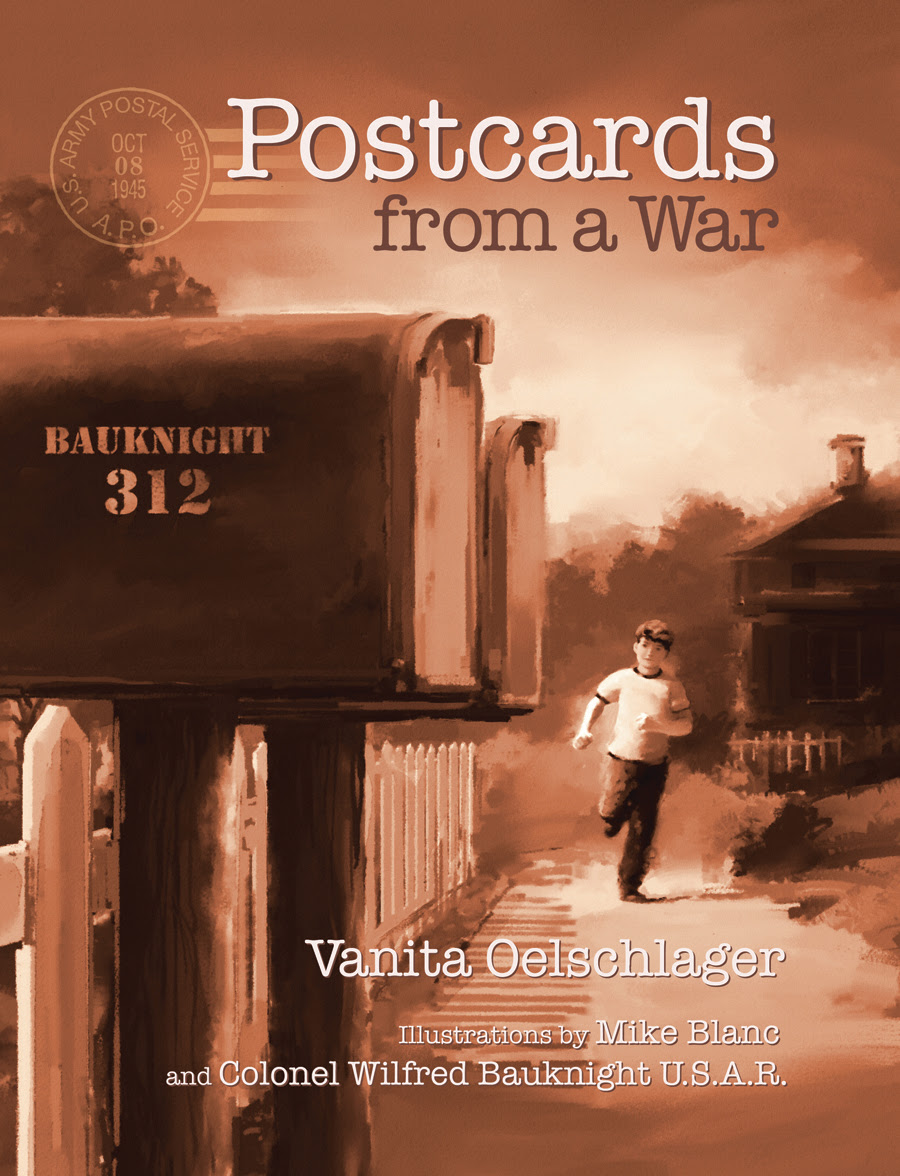 This was a lovely book. Written with children between the ages of around 4- 8 years of age in mind, the intention is to educate them and help them understand the issues surrounding a parent who is serving in the armed services.

Inspired by the letters and postcards the author received during her childhood from her father who was serving during the Second World War.

The story focus is on young Matthew who spends his afternoons, after school with his Grandfather. His father is working and his mother is serving in the military. During the course of the afternoon's Matthew explores his confusion regarding where his mother has gone, whilst looking at the postcards his grandfather has from his father, also sent from a tour of duty.

This was a beautiful book with lovely illustrations and was a real joy to read.
Posted by Julie Goucher at 6:11 pm