The Forrests by Emily Perkins 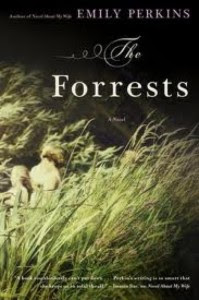 About The Forrests
Dorothy Forrest is immersed in the sensory world around her; she lives in the flickering moment. From the age of seven, when her odd, disenfranchised family moves from New York to the wide skies of New Zealand, to the very end of her life, this is her great gift and possible misfortune.
From the wilderness of a commune to falling in love to early marriage and motherhood, from the glorious anguish of parenting to the loss of everything worked for and the unexpected return oflove, Dorothy is swept along by time. Her family looms and recedes, revelations come to light, death changes everything, but somehow life remains as potent as it ever was, and the joy in just being won’t let her go.
In a narrative that shifts and moves, singing with color and memory, growing as wild as its characters, The Forrests speaks to the unexpected ways in which life can change—“if you’re lucky enough to be around for it.”
Praise for Emily Perkins:
“A writer very much in command not only of her language but of the unique and surprising variations she brings to the form.” —T. C. Boyle, author of When The Killing’s Done
“Brimming with talent.” —Esther Freud, author of Hideous Kinky and Lucky Break 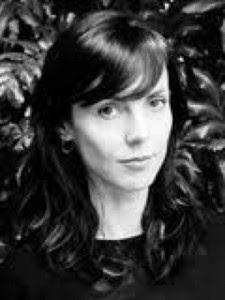 About Emily
Emily Perkins was born in 1970. She is the author of Not Her Real Name, a collection of short stories that won the Geoffrey Faber Memorial Prize and was short listed for the John Llewellyn Rhys Prize, and the novels Leave Before You Go, The New Girl, and, most recently, Novel About My Wife, winner of the Believer Book Award. She lives in New Zealand.

This is the complex story of the dysfunctional Forrest family. Frank is the head of the family, an aspiring actor he moves his family from the States to New Zealand to progress his career, only to find that he does not succeed and the family are then required to live on his trust fund. Sadly the trust fund is not enough to return his family to the States. The novel follows the storyline of Dot, from childhood through into her adult years to finally the elderly stages of life, where she suffers from dementia.

I was frustrated by the characters, and every time I pondered whether I should stop reading because I was so frustrated something compelled me to continue reading. This is a modern, moody family saga.

Thursday, August 30th: In the Next Room

Posted by Julie Goucher at 1:56 am