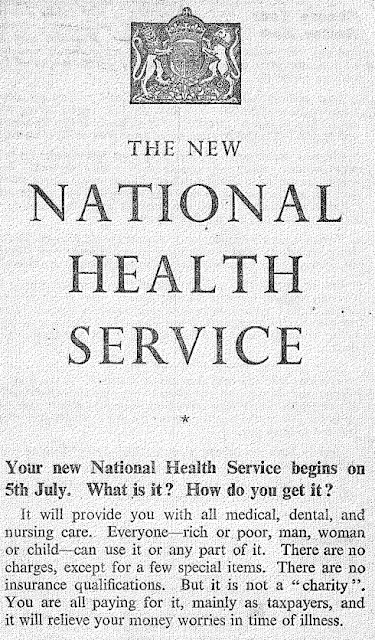 This week's prompt falls upon the anniversary of Louis Pasteur successfully treating a boy with the rabies vaccine.

As I type this we celebrate the 65th birthday of the National Health Service and therefore it seems fitting to start this week's prompt with this first picture.

This next picture is from my Guildford Collection and features the Royal Surrey County Hospital. This picture dates from 1925. The name has since been transferred to the new hospital at Egerton Way, near the venue of the University of Surrey.

This building I believe is what was the location of the Workhouse, before becoming part of the National Health Service and named St Lukes. I was born at St Lukes and when I worked in Surrey the Oncology unit was still based here. Since then, the equipment has been relocated to an oncology wing at the New hospital (Egerton Road site) and the building sold off.

You can read about the Guildford Workhouse HERE and about the Spike, which is in the area known as Charlotteville HERE. There is also more details available at the St Lukes Hospital Heritage Project HERE 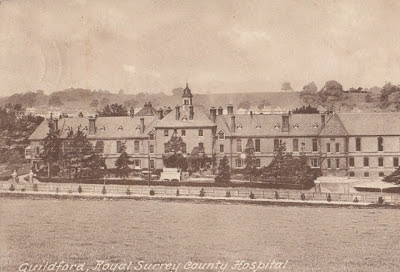 In 1952 my Mum contracted Polio. She was then 4 years old and spent months in hospital having various treatments.

There was none of the gentle approach of children's wards, but the harsh reality of illness. Mum spent months at Rowley Bristol Orthopedic hospital. Mum tells me that she remembers her parents coming to see here in the isolation ward and not being able to actually go into the room, but had to view her through the glass window. How frightening that must have been to a little girl and her parents.

This picture dates from July 1954. Mum made an almost full recovery and now has, developed a condition called Post Polio Syndrome, which was diagnosed in 1996. That was something that simply was not predicted back in the 1950s. You can read my other posts about Polio HERE 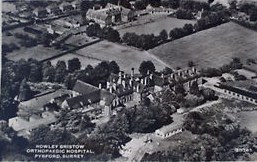 Posted by Julie Goucher at 4:05 pm