Part of the way I have grieved for my Mum has been by creating a memorial of various things from the funeral service. This has enabled those overseas or unable to attend the funeral to see, hear and to feel part of saying goodbye. The memorial is of course quite a nice thing to have and keep for future generations.

I thought it might be quite nice to share with you how the presentation was created and how I have shared the final memorial.

The memorial was created with Power Point which is part of Office 365, but equally could have been produced using Google Docs or any other presentation software. 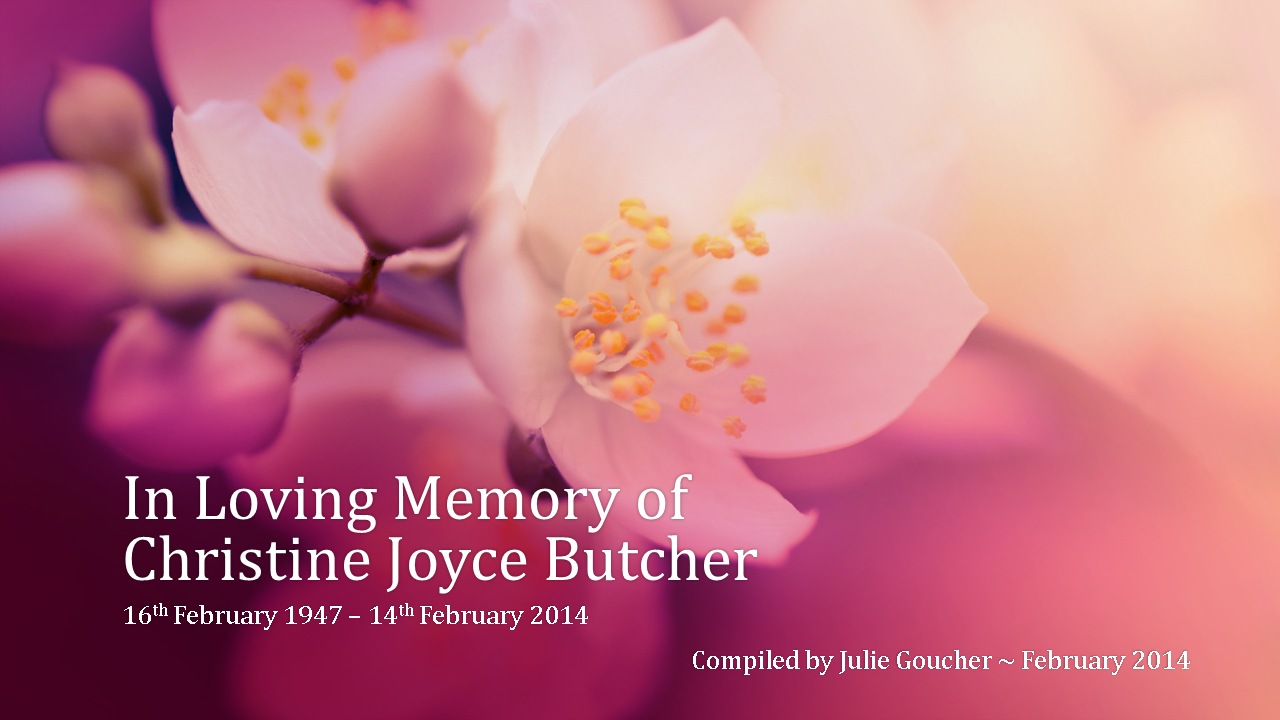 Having created the memorial I saved the first slide as a PNG image as you can see here.

The contents of the memorial can be whatever you want to include. I chose to write a short section on the events leading to our conclusion. I also included a collage photograph that I had previously created for my Mum's birthday. I included the eulogy that I had written. Mine ran over four slides. My husband wrote his own and that ran a little over one page.

I included a copy of the obituary and a link to the on-line memorial that the newspaper offers. I also uploaded the music to the slides as M4A files.

At the end I wrote a short piece about the support we received from family and friends. I shared a photograph of some flowers received and sympathy cards. All of which will be kept. I gave thanks to the medical teams and then wrote a few final words.

The presentation was a little over 13 minutes and was a heavy file, so much that Google refused to email it.

That caused an issue. A further issue was how could this be viewed if you did not have Power Point? Saving a PDF was possible, but the audio files failed to play. Sharing the file via Evernote experienced the same fate. I pondered on adding a page to my website, but for some strange reason that did not feel right. Loading to YouTube was again not an option because the music is copyrighted, but even if that had been acceptable I was not sure.

A few days later and after much thinking I discovered the perfect solution. The solution is so simple that I don't know why it took me about 4 days to think of it. Here are the steps in the solution.

I usually use Blogger which is part of the Google family, but didn't because the possibility to load a Power Point file is not an option. Wordpress is not a facility that I enjoy using on a regular basis, but for this, it came up trumps and overall I am very pleased with the result and that I can now share the site and the Power Point with the people that I want to.

For me this is a perfect way to share the file and commemorate someone who was a real inspiration and influence in my life.

(Thanks to both +Tessa Keough and +Susan Petersen for being my beta testers as I clarified and tested the various options)
Posted by Julie Goucher at 11:53 am