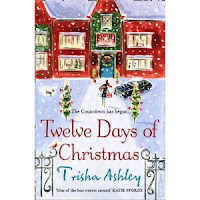 The prologue to the book sets the scene. Holly Brown is a young widow whose husband was killed in a tragic accident just before Christmas. Holly's parents died when she was young and she was raised by her Grandparents. Holly's Grandmother had been ill and as she passed away she mentioned a name of Ned Marland. A name completely unfamiliar to Holly.....
Holly housesits for a living during the winter and works as a chef during the rest of the year. Due to her upbringing and her deepset grief at Christmas Holly doesn't really celebrate Christmas and accepts a house sitting booking in country, where her tasks are to housesit and look after a dog and a horse. Accepting the booking Holly packs her car and heads off taking with her a trunk of her Grandmother's notebooks in which Holly might just find out who the mysterious Ned is.
The notebooks reveal that Holly's Grandmother met and nursed a young soldier back to health. After he was discharged from hospital and returned home he continued to meet with Holly's Grandmother and they embarked upon a brief romatic relationship. As Holly housesits she gets to know the home owner who is abroad, his elderly nearby family, the pets and the local residents, who keep asking if she is a Marland, something which Holly denies. Holly also continues to discover her Grandmother through her note books and makes some fascinating discoveries along the way.
Cross posted to Book Reviews
Posted by Julie Goucher at 3:27 pm