A few weeks ago I was approached to review the latest book by Allen Wyler. As I read review books in order and there is a little backlog I offered a guest post to Allen in view of the wait and here it is!
Synopsis & Press Release 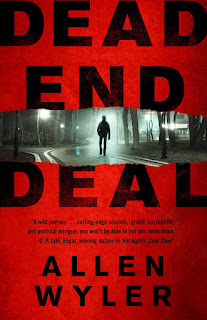 World renowned neurosurgeon Jon Ritter is on the verge of a medical breakthrough that will change the world.  His groundbreaking surgical treatment, using transplanted non-human stem cells, is set to eradicate the scourge of Alzheimer’s disease and give hope to millions.  But when the procedure is slated for testing, it all comes to an abrupt and terrifying halt.  Ritter’s colleague is gunned down and Ritter himself is threatened by a radical anti-abortion group that not only claims responsibility, but promises more of the same.
Faced with a dangerous reality but determined to succeed, Ritter turns to his long-time colleague, corporate biotech CEO Richard Stillman, for help.  Together, they conspire to conduct a clandestine clinical trial in Seoul, Korea.  But the danger is more determined, and more lethal, than Ritter could have imagined.
After successful surgical trials, Ritter and his allies are thrown into a horrifying nightmare scenario:  The trial patients have been murdered and Ritter is the number one suspect. Aided by his beautiful lab assistant, Yeonhee, Ritter flees the country, now the target of an international manhunt involving Interpol, the FBI, zealous fanatics and a coldly efficient assassin named Fiest.
Dead End Deal is a fast paced, heart-pounding, and sophisticated thriller. Penned by master neurosurgeon, Allen Wyler—who often draws from experience, actual events and hotbutton issues when writing—Dead End Deal is unmatched as a technical procedural. Its medical and scientific details can impress even the most seasoned medical practitioners. And yet, the technical expertise is seamlessly woven into a riveting plot, with enough action and surprises to engross even the most well-read thriller enthusiast.
About the Author 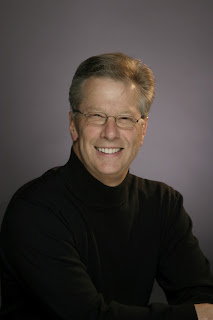 Allen Wyler is a renowned neurosurgeon who earned an international reputation for pioneering surgical techniques to record brain activity. He has served on the faculties of both the University of Washington and the University of Tennessee, and in 1992 was recruited by the prestigious Swedish Medical Center to develop a neuroscience institute.
In 2002, he left active practice to become Medical Director for a startup med-tech company (that went public in 2006) and he now chairs the Institutional Review Board of a major medical center in the Pacific Northwest.
Leveraging a love for thrillers since the early 70’s, Wyler devoted himself to fiction writing in earnest, eventually serving as Vice President of the International Thriller Writers organization for several years. After publishing his first two medical thrillers Deadly Errors (2005) and Dead Head (2007), he officially retired from medicine to devote himself to writing full time.
He and his wife, Lily, divide their time between Seattle and the San Juan Islands.
I still had a question or two for the author


"What made you take the path from neurosurgeon to author and what were your biggest challenges?"

Writing always interested me. Even in grade school I read like a fiend. So it seemed like a good idea to major in English instead of the traditional chemistry or zoology when I was taking my premed courses. This caused me considerable grief because it was difficult to get in all my required credits. But I figured once I got into medical school I’d never have another shot at the literature courses. And that’s exactly what happened —medical school and post graduate training consumed all my time. Then one Saturday, after starting practice, I came home from making rounds at the hospital and decided to start writing. Just like that. I began a novel that ended up to be really awful. Then I wrote another one, which was better but still not ready for prime time. At that point I started trolling for an agent and finally secured one, but could not sell my work. Years later, I got the call I’d been waiting for. It was quite a thrill. I guess, in the end, my biggest challenge was finding enough time to devote to writing. For me the writing process is difficult and requires a ton of work. I now enjoy the luxury of having sufficient time to work on my craft. It’s a dream come true.
You can purchase Dead End Deal by visiting the following webpage, which will allow you to select easily the format of your choice.

Thanks go to the author and publicist for proving the details for to create this guest post. I received an e-book from the publisher in order for me to create an honest book review, which will be along in due course.
Posted by Julie Goucher at 3:20 pm