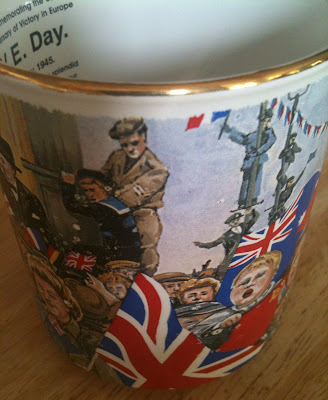 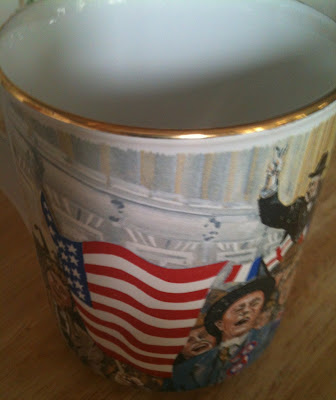 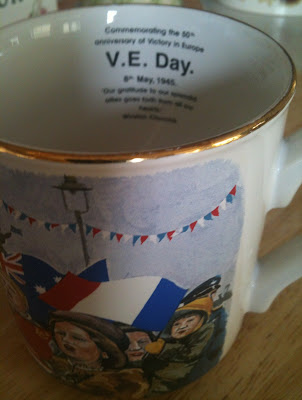 Today is the 67th Anniversary of V. E. Day. This mug was produced in Commemoration of the 50th Anniversary of the event. What I love about this mug is the emotion displays on the faces of the people shown. This was probably a site replicated all across the United Kingdom and many places in Europe; that War was finally over; It was in Europe, V. J. Day didn't happen until later, in August 1945.

Here is a clipping from a newspaper published in South West Scotland, here my late father in law shared his memories.