One Perfect Gift by Kathleen Morgan 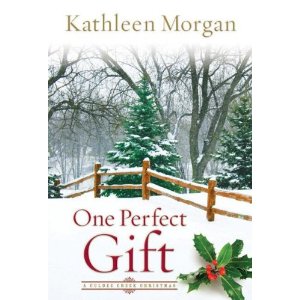 The gentle story of widowed Jessie and her daughter Emma, who relocate to make a new life for themselves in Colorado after the death of Jessie's husband Paul. Upon arriving to take up her nursing post Jessie discovers that the post is no longer available and now has very little to offer her 6 year old little girl.
The doctor that she was to be employed by makes hasty, temporary arrangements for Jessie to go and live at her parents home and help her mother, who is recovering following a stroke.
Jessie settles in well and builds a relationship with the family who take her in, that is a relationship with the family with the exception of their son who is bitter and angry following a failed marriage and the subsequent death of his wife.
This is a very gentle story, and although written with a Christian slant to it, is not particularly overburdening and this religious slant does not detract from the story the book is telling.
Posted by Julie Goucher at 9:17 pm