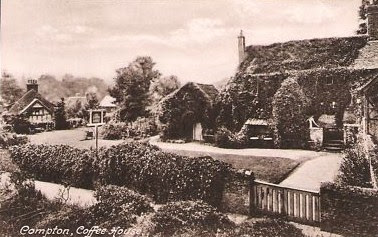 A quick medley of coffee and tea establishments I think for this week.

This was taken around 1910 and is of the Compton coffee house. 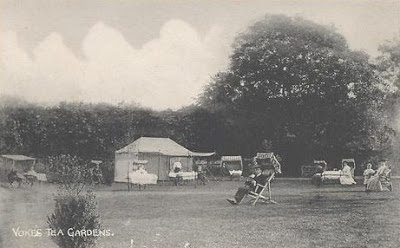 This one is of Vokes Tea Gardens at Normandy taken around 1902. 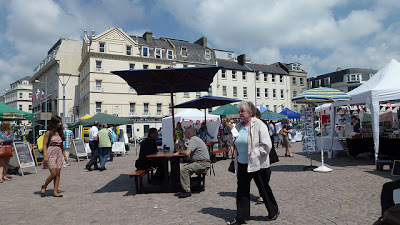 Here is a picture of the cafe area and stalls in Liberation Square, St Helier Jersey - taken July 2011

This final picture, taken in July 2011, is the cafe at the Underground Hospital on Jersey. The boards at the back of the room show pictures and some information on those who were deported from the Channel Islands during the German Occupation. They went to camps across the occupied territories and sadly, many never returned. You can read about the various days we spent on the island HERE.

We visited the Underground hospital on a very cold and wet July day. There was a very sombre mood from the visitors, driven by the weather and the venue. Once we were in the cafe having a rest and reflect on what we had seen the mood didn't change, except there was a degree of urgency from visitors as we all headed to the wall to discover the fate of the individuals, whose name appeared on the facsimile identity cards we had each received upon paying the entrance fee.