I was in my early 20s when I first saw the Opera House. I had boarded a plane at Nadi airport in Fiji and a little over 4 hours later the plane swept over the Opera House and the Harbour Bridge and I felt that I had arrived. What had actually happened was my love affair with Australia had begun.

Since then I had landed in Sydney many times, but none of those flights have made the descent over that initial view and every time I share that experience and recall the excitement and wonder I felt that very first time. 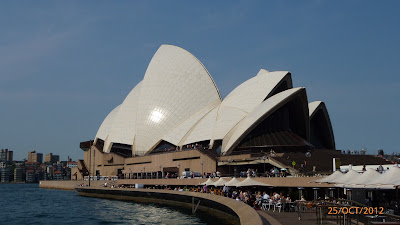 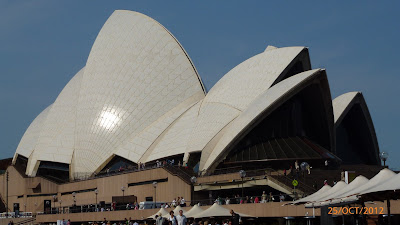 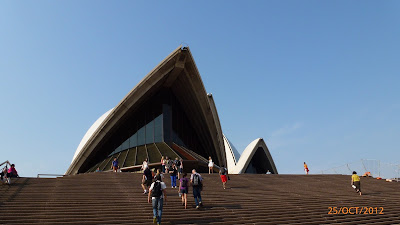 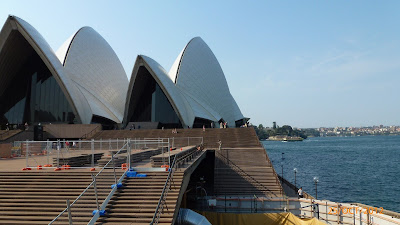 These pictures were taken at the end of October. It was a hot, well hot by UK standards at 30 Centigrade. We stood and looked at the Opera House and marvelled at it's beauty. Opened in 1973, from an design published in 1957, the Opera House is 40 this year.

Listed on the World Heritage site as one of Australia's treasures and no visit to Australia should exclude this beauty.

Taking part in the A-Z April Challenge
Posted by Julie Goucher at 1:51 pm