Young is a small town in south west NSW, with a population of around 3,000. We spent a few days in Young as I have a cousin who lives there, so I did explore a little. We spent a lovely afternoon at Chinaman's Dam which is built on the site of a old railway dam and has a delightful garden. 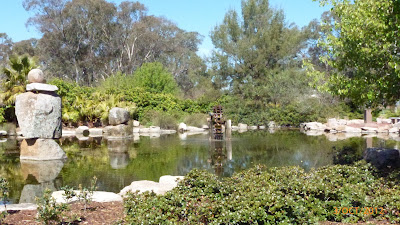 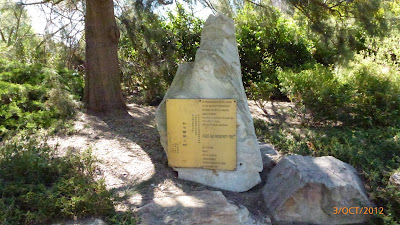 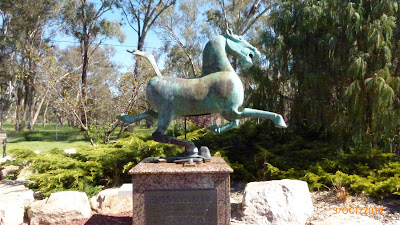 The dam was originally built by two Dutch brothers who built it to sluice their Victorian Hill gold claims.They sold the area in the 1870s to the Chinese who worked the area. The gardens are a lovely, reflective spot to walk around. There is a commemoration spot in honour of the Chinese workers who were attacked in the 1860s.

Young is also well known for the abundance of cherries and hosts a cherry festival each year. We were a bit early on this last visit, but in the past I have enjoyed the delightful cherries the area is known for.

Yackandandah is a very small town in Victoria that we encountered on the road back from Beechworth to Wodonga and Albury before heading back into NSW. The population of the town is less than 700 people.

We had a small stroll around the town and coffee and stumbled across a shop that had some very large pieces of furniture, including this huge table. 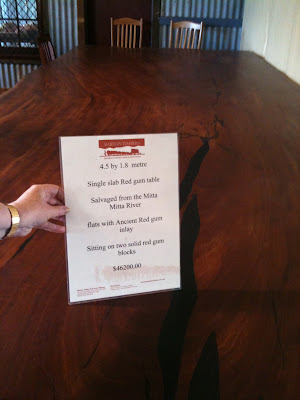 Two questions immediately sprung to mind. How on earth do you get this table into your home, as the table was all one piece and secondly if this is the size of the table, how big was the tree?

Taking part in the A-Z April Challenge
Posted by Julie Goucher at 11:30 pm