Yesterday I was given a friendly nudge via Google+ and reminded to join in with #genchat over on Twitter.

Usually these happen in the early hours here and I am forced to set an alarm clock and retreat to the study in my pajamas with a cup of tea. Truly, be thankful it does not involve video!

To celebrate Halloween this was a special Gen Chat extravaganza asking


"What should Genealogy Societies be offering?"

With a question like that I simply had to take part!

Typically, here in the UK, Societies are members of the Federation of Family History Societies (FFHS). The reality is that really if you have an organisation that is perhaps not locality linked, but perhaps specific to a research group and you are attempting to grown your membership outside of the home country then joining organisations such as the FGS in the US would be a good option.

Now on this question I am not going to answer it in a direct fashion. I am simply going to list some random thoughts and observations 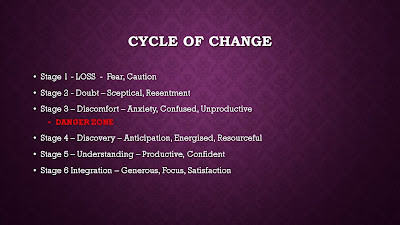 The above thoughts are my mine and mine alone. I have been a volunteer to various Societies over the years and believe in giving something back. The statements above are not about young or old volunteers. Genealogy welcomes everyone and is for everyone, but we need to both progress and value those members who have contributed so much, in terms of knowledge, willingness and time.

* Disclaimer - Harold and Mavis are fictional individuals!
Posted by Julie Goucher at 3:59 pm