This photograph was among some family photos that I acquired through the late cousin of my Grandfather, Ivy Sheffield. She had several of William Arthur West in South Africa during the Boer War, including one of him with another unknown and young soldier.

I know nothing of this young man, not his name, his regiment or from where he came from. It seems rather fitting to end this two week Remembrance event with an unknown soldier, representing the many men who died with no known grave. 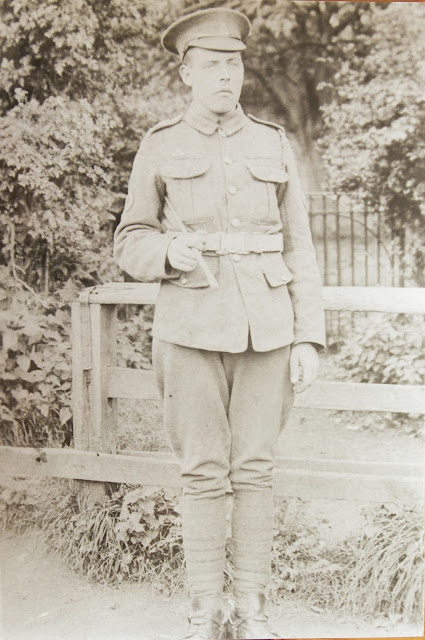