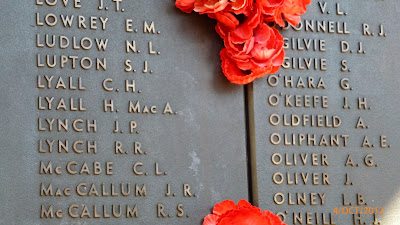 I have been to Canberra and the Canberra War Memorial several time. I last visited in October 2012 and you can read about that HERE

Whilst there is no family connection between me and Norman Lachlan Ludlow, over the time I have spent in Australia I have got to know my Cousin's grandmother, known as Grandma, although I have always called her by her Christian name. As she is still living she I shall refer to her as F.

Posted by Julie Goucher at 9:02 pm