My late Grandmother always said that her father, John Matthews (1875 - 1931) was educated at Rugby School.

Now Rugby School is quite a well known establishment. My Grandmother whilst she has not been 100% accurate on her family information there has always been a grain of truth in the stories or "facts" she relayed to me.

I was at an antiques fair about 15 years ago and saw a postcard of Rugby School so I bought it. 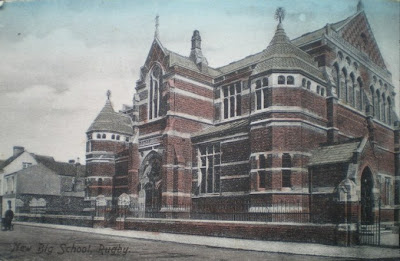 Then I bought another one... 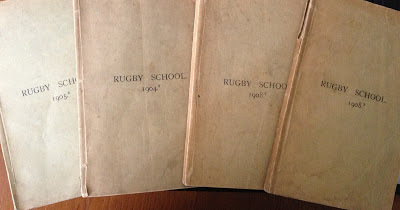 "Persons who were residing in or within a five mile of Rugby on 31st July 1868 shall be entitled to send their sons, if of good character, and be able to read English and capable of being taught the first elements of Grammar, to enter the school as Foundationers and to receive the instruction of the school free of charge" 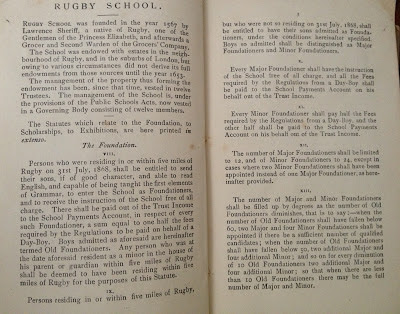 So, from reading this there is a real chance that John was admitted to the school, based upon the facts
I wrote to Rugby School who advised that they had no record of John Matthews attending the school and suggested that I contact Lawrence Sheriffs School. This I did and sadly it looks as though I may be at a dead end, as the Lawrence Sheriffs School suffered a fire at the beginning of the 20th Century and many of the archives were lost.

I guess sometimes the questions are left unanswered.
Posted by Julie Goucher at 12:02 pm