Since we have lived within a stones throw of Exeter I have always wanted to visit the museum there. Then today we had opportunity. The car was going into the garage and we were provided with a courtesy car. The weather forecast was for rain and I hate shopping and especially in the rain. So this was the ideal time to visit the museum.

And, what a wonder it was! 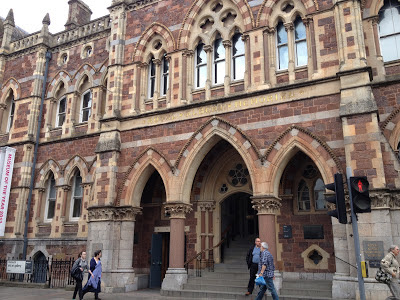 A busy and thriving City, it is quite hard to believe that the museum sits within walking distance of car parks (with City prices I might add!) and the Central railway station. The roads were busy and the pavements more so. I waited a wee while for the majority of pedestrians to move out of my screen shot.

The museum is spread over two floor, and as I was informed by a member of staff, the items on view are about 100th of what is in the museum's bowels. Not a fabulous expression, and I did so want to see what was not on display., The exhibits are not changed "that often". I could hardly complain the first visit in over 15 years!

Downstairs the displays echo the start of almost mankind & evolution. Through the various stages until we arrive at the 21st Century. There were lots of stones and a fascinating video produced in association with the Geological Association which shows the passage over time with various Devon scenes so you can put the historical & geological facts into context. 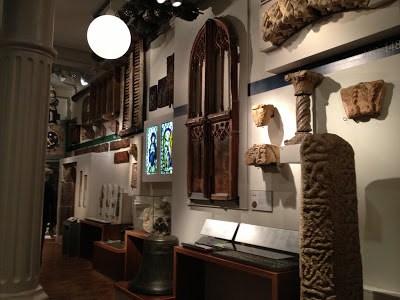 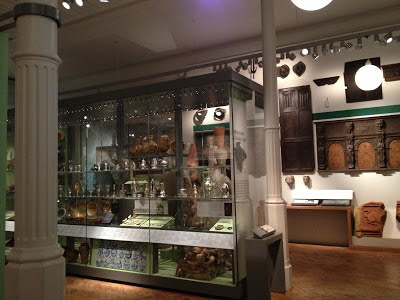 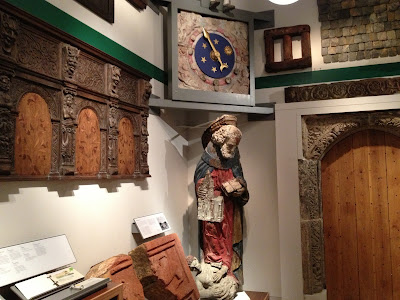 The one fact that you can not miss as you (and as we did after the Museum) wander around the City is that is has always been the thriving entity it is now,but in different terms. At one point it was dangerous to cross the River Exe. Remember this is the days before bridges and robust boats, we are talking Roman times here.

On display is an early model of the City with a clear view of the Cathedral. 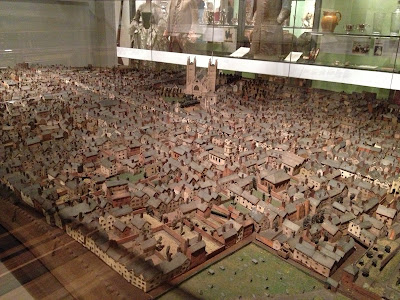 After the model display there is a further set of videos describing Exeter through the years of the Second World War, complete with a map of Exeter written in German that was used by the Luftwaffe to bomb the city. There was an Anderson Shelter on display.

I was quite taken with a little girl who was visiting with her parents. She was only about 18 months or so and could walk, toddle  walk at an alarming rate. She went immediately up to the television screen and touched it expecting it to move. How things have change when we expect the screen to be a touch screen. This little girl will not know of a time when screens did not move, phones did not take pictures and a million other things and she will not know of a life without an app, mobile banking or shopping.

On the way upstairs is this lovely statue to the Prince Consort - Albert, who this museum is named after 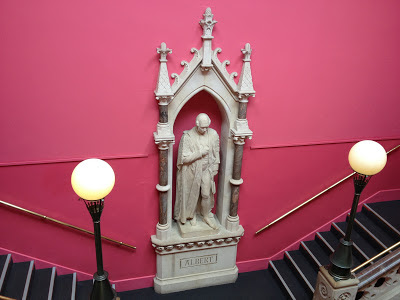 The exhibitions continue with a view of the world, various artifacts from across the globe, starting with the North America rim - Alaska, heading through to the far east - China and Japan and then across Africa and Australasia. There were several rooms with various long dead animals and , suitably attended to and hanging from walls, in display cases. I am not too good with dead animals and birds. My husband joked I could have looked round if they had been people and I am horrified to say he is write. Dead bodies yes, birds and animals no.

There was also a Tiger killed by one of the Royal family in Africa and presented to the museum in 1905, and a rather tall giraffe called Gerald who is apparently one of things most people remember from their visit to the museum. Whilst I can remember Gerald I shall share tomorrow my museum delight! 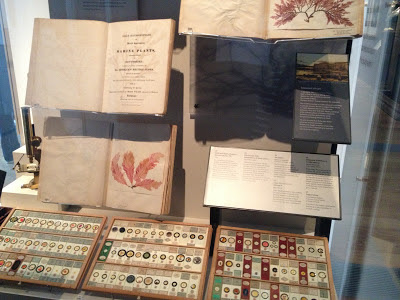 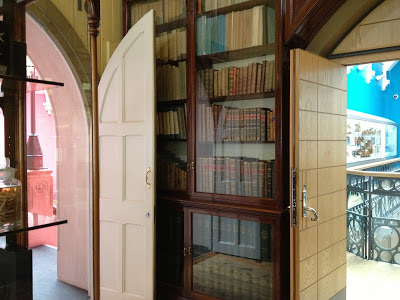 If you do get an opportunity to visit the Royal Albert Memorial Museum, I recommend it. It is a fascinating historical account of Devon and the West Country at the very least.

Posted by Julie Goucher at 9:00 pm

Email ThisBlogThis!Share to TwitterShare to FacebookShare to Pinterest
Labels: 13 Challenges, 2013