We had a a late flight back to the South West, which meant that we got an extra day into our holiday. We awoke this morning, with very little to do, apart from breakfast and check out. The packing had been done the night before and the hotel had agreed to store our cases until we needed to depart for the airport. The weather was bright, sunny and a little blowy and we had planned to use today to visit the one place that we had seen pretty much every day - Elizabeth Castle.

Here it is, on our first night, tantalising us! 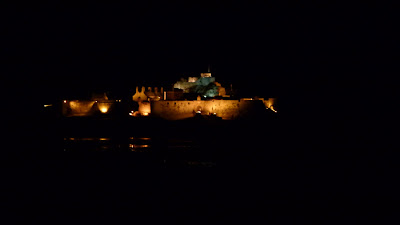 Owned by Jersey Heritage, we purchased our tickets at the kiosk on the side of the beach. The tide was still in, but our fee had included the ferry ride. I say ferry ride, but it was a little different to what we expected. 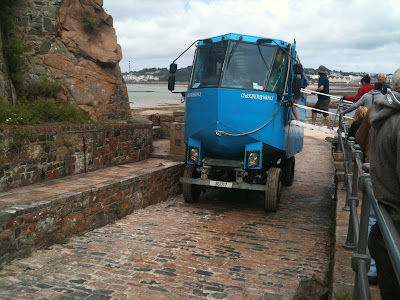 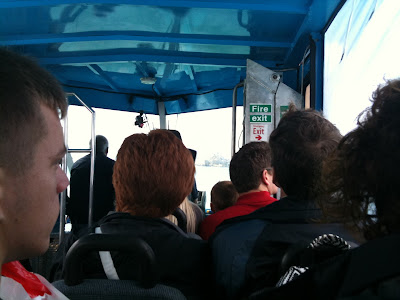 We boarded the ferry which took about 15 minutes to cross the causeway to the Castle. As we set off and heard the safety announcement it was followed by the tune from one of the James Bond films - everyone laughed. Clearly a lot of thought had gone into the planning. It was a fairly choppy due to the breeze, but a very short journey.
We arrived and made our way up to the Castle. The Castle has been a main fortification for the Island since early times, when it defended the Island against the French; later on it was used by the Germans to defend the Island against possible and what they expected, invasion from Britain. As you can see, the surrounding area is very rugged. 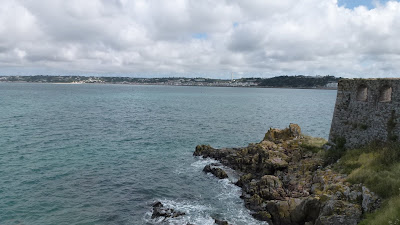 Once inside the actual grounds there was a wonderful display and talk about medicines and surgery in the 17th and 18th Century. With the volunteer for Jersey Heritage in clothes of the time. This chap was incredibly knowledgeable and gave me a few ideas about my ancestor who was in the Navy during the Peninsular War. 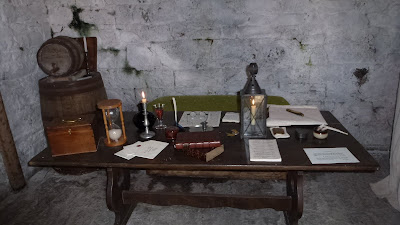 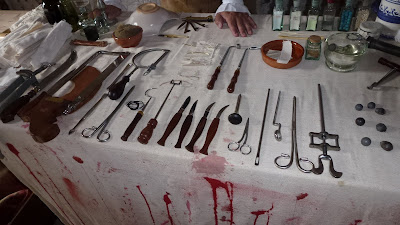 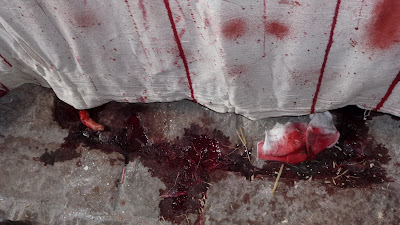 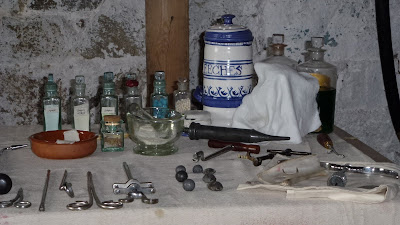 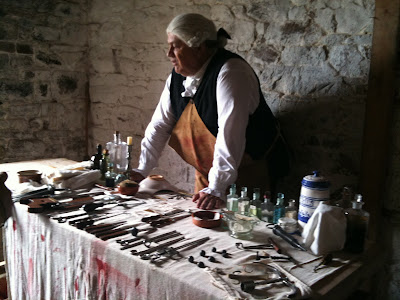