Sunday's in Jersey tend to be quieter than back home. The tourist places are open, as are the cafes and restaurants, but most shops are closed. It some ways it reminded me of Sunday's when I was a child and no shops were open apart from the small newsagents and corner shops.

So, after yesterday's complete downpour today was dry, some sun and fairly windy. We had spent a small amount of time in Gorey when we were on the island tour earlier in the week, but wanted to explore a bit further and visit Jersey Pottery.

A slow walk down to Liberation Station and we boarded the bus along to Gorey, alighting at the nearest stop to the Pottery. Jersey Pottery has been in existence since 1946, and was probably one of the first new businesses after the war. The Kilns were visible, but alas not working, probably because it was Sunday. We had a wander around the Pottery shop. Several bits caught my eye, a lovely large dog bowl decorated with fish would have been wonderful, but we pondered on could we manage to get it back on the plane in one piece and I sadly made the decision that it would be risky. We did buy a lovely vase for Mum, which was decorated in the flowers in this photo and produced to commemorate the Royal Wedding of Prince William in April 2011. 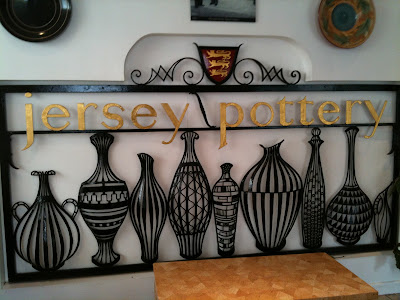 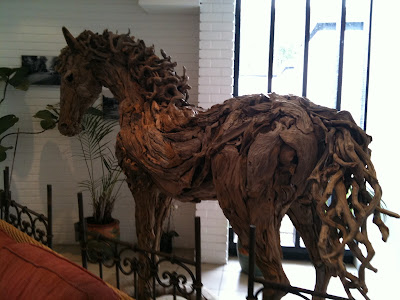 From the Pottery we walked the half or mile or so into the town. It was a lovely walk, either along the sea wall or gardens. Jersey is well known for the wonderful flowers. 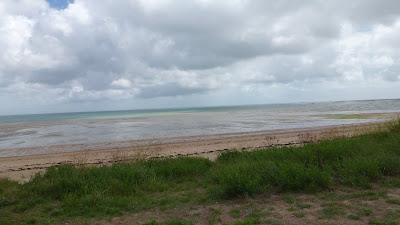 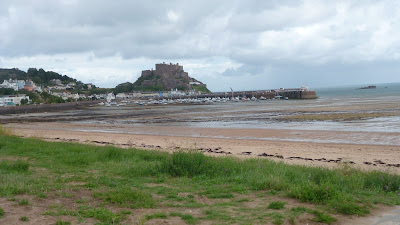 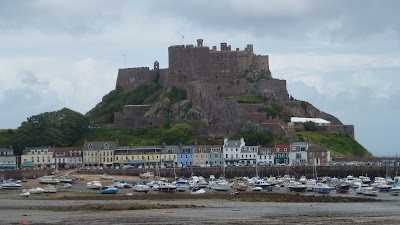 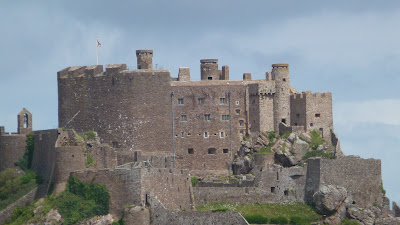 Having had a walk, in a fairly strong breeze we were in need of a sit down and perhaps a light snack. We selected a little place in Gorey Harbour called Cafe Louise and both had a Jersey Cream Tea. I wish I had taken a photo of it, but I didn't. A photo would have supported the description, it was simply delicious! Served with both clotted cream and butter, a pot of jam and the softest scone was a small slice of angel cake. It is unusual to have a cream tea served with cake in addition to the scone, but that's how they do it on Jersey! The clotted cream was also a bit thinner than usual, but they was good - easier to spread!
Posted by Julie Goucher at 8:20 am