There was also an exhibition of how the Castle came to be built and the popularity surrounding it in the Centuries gone by. There was originally soldiers stationed at the Castle, complete with no married quarters, simply a blanket hoisted up to separate the single soldiers from a married couple and a room could house up to 4 soldiers and two spouses.

There were two of the original registers on display, which showed which soldiers were posted to the Castle and from which regiment. The photos below were taken in a fair dark room with the books behind safety and security glass, with a mixture of natural and electric light, therefore the photos are not as I would have especially have liked. Of course what is wonderful is that these books have survived not only the test of time, but also the Occupation during the Second World War. 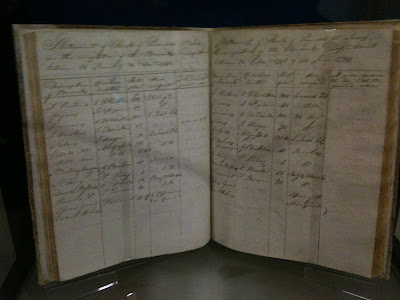 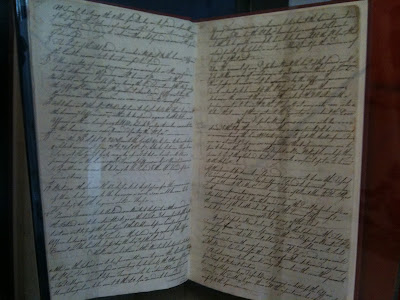 Outside in the parade ground, one of the Jersey Heritage Volunteers was dressed in dress of the time. He was, like the medical chap, very knowledgeable and enthusiastic about the subject matter. He gathered a group of visitors and taught them how to march and included the children present as boy soldiers! 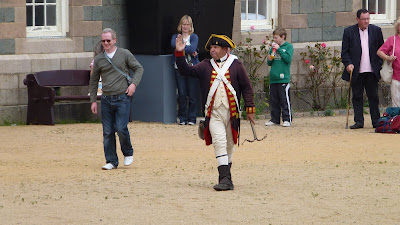 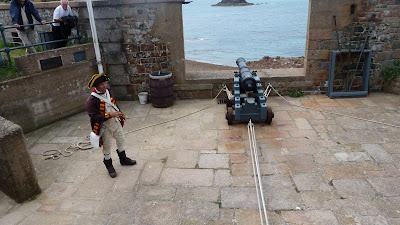 Then came the cannon display of exactly how the soldiers would have used the cannon to defend the Castle and subsequently the island. It was fascinating. 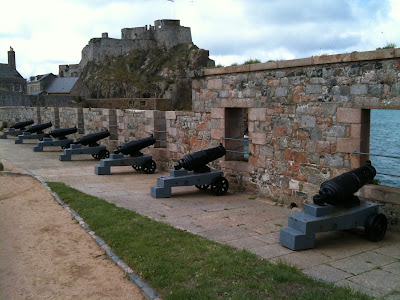 Posted by Julie Goucher at 5:43 pm