Well, the last few weeks have passed with an assortment of goings on.

We had a router failure. Getting access on line to both web pages and emails was like walking through treacle. Hubby returned the router with the receipt and purchased a new one, identical to the last one, as our connection adapters were okay. So far all good!

There is good news, Billie Connolly is coming to Plymouth. I know his language is not everyone's cup of tea, but I surprisingly like him. So, fingers at the ready for Friday so I can book tickets for next February. I hope it doesn't clash with the Who Do You Think You Are event in London, otherwise we may just have to make a weekend of it - too much of a good thing is....... 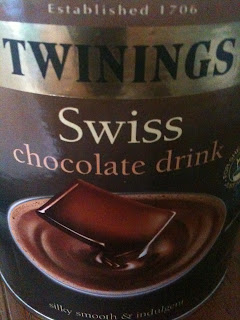 I am still off from work and suffering with Sciatica and leg pain. That makes me grumpy, irritable and very frustrated. The pain killers are starting to disagree with me, I am off my food and making do with soup and lots of it, cheese and biscuits and the odd packet of crisps. The treat that I am currently having is hot chocolate.

I have been, with hubby, and much to his disgust to the supermarket, where I limped around and did the domestics. I know there is delivery shopping but there is a need to see just how much I can now walk. The reality is not much and that is the hard and bitter pill to swallow.

While I have been incapacitated, I have noticed things about fellow humans - not old or young, but the difference between mobile and speedy and those not so mobile or speedy. The age factor doesn't come into it. I have had all age groups tut and push past. Not to mention the elderly lady who in her 70 odd years on this planet clearly had never heard the words, or spoken them "excuse me". She nearly had me on the floor as she raced passed me to select a reduced back of chops from the reduced counter in Tesco. What goes around, comes around, as she managed to knock the shelf and found herself surround with lots of people, a huge noise as the shelf collapsed and wearing copious amounts of I think beef gravy.  I rest my case. I limped along smiling while the lady was very, very red. I saw her later by the cheese counter wearing and smelling very beefy!

I have been reading the odd blog post, signing up for the odd challenge and reading some emails. I have read a page or two from the current read, and have watched a bit of television. Nothing is really holding my attention and I have done lots and lots of thinking. That perhaps standing on my feet for 10 odd hours a day, every day, is something that may need to stop. Where does this leave me on the professional front? I shall shelve that debate and contemplation for another day, when perhaps I might feel better about the answer.

I have discovered a new regular meme - Sepia Saturday and have submitted two of my photos. I have also signed up for two days within the 2011 Virtual Advent, which I am looking forward to. I am also undertaking a month long meme  about books. I am currently about a week behind, and I simply don't mind, which is unusual for me. All posts are structured and just need tweaking and proof reading before posting.

Last week we commemorated Remembrance Day. My thoughts turned to the various military records that I have, in particular to my Grandfather's First Cousin, a very handsome chap called William James West. William features heavily on my blog for last week, as does his photograph. Each time I look at the photo I wonder about him. How brave he was and that he paid the ultimate sacrifice. I really want to visit his war grave in France and suspect that I may be the first in the family to do so. It certainly will not be happening any time soon. His Service Record reveals something new each time I look at it and I find that I am simply confused by the regiments he was in.

I also extracted my Grandfather's Service Record. I applied to the Veterans Department in 2008 and waited a mere 6 weeks for the records to arrive. Again each time I look at the record I spot something new and feel very frustrated that I can not follow the record with ease and think that I may send copies to a professional military expert who can explain the military speak to me in simple simon language.
Posted by Julie Goucher at 8:49 am