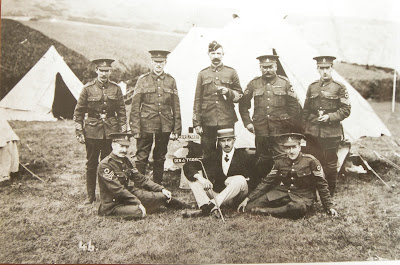 This photo is one from our personal collection. My several times Great Uncle, William Arthur West (1863-1931) stands in the back row, second on the right. This photo was taken during the Boer War. William was already in the Army, serving in the Medical Corp by the time of the Boer War. He joined in 1878 and spent time abroad during the Zulu Wars and the Afghan Wars. His wife accompanied him and died in Zululand in 1894. He remarried to his Cousin in 1897 and they had two children, one of which died in France in 1918. I love the sign "Den of Terror"!
The Second photo is another family one. This time of My Great Great Aunt Edith Matthews. Edith was a VAD during the Boer War, she met her husband who had been serving and was later discharged due to an injury he sustained in the line of duty.
Researching where Edith was a VAD has been difficult. The emblem on her coat is not clear enough to be useful. The Red Cross have no references to her name. We can date the photo circa 1902 as Edith married Charles Jelley in April of that year. 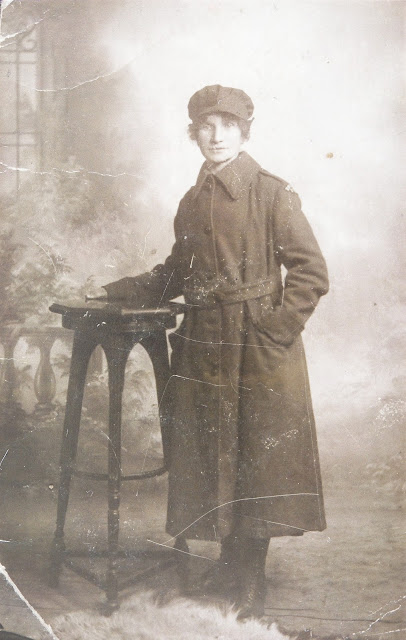