This week I have a selection of postcards.
On 14th May 1908, The Franco British Exhibition opened in White City. People travelled across the globe to attend the various exhibits and pavilions.
This first picture fits in nicely with my A-Z Challenge theme of Australia and you can read the other posts here via this tag line 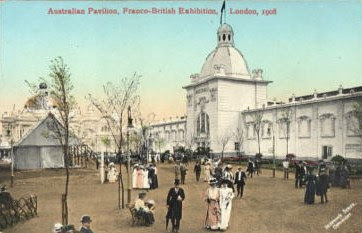 On 24th May 1907 The Queen's Memorial statue was unveiled in Melbourne. The pillars representing, Australia, Canada, India and South Africa. 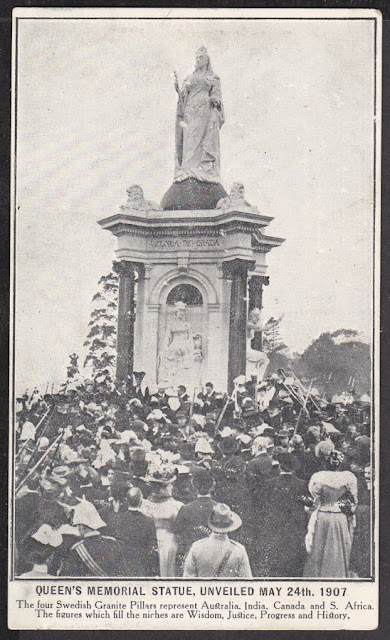 This next postcard is from Southend in Essex and shows Empire Day which was celebrated across the "Empire" on 24th May. This is from 1905, the year it was first introduced.  In 1958 Empire Day changed to Commonwealth Day and whilst is formally celebrated in parts of the Commonwealth it is not here in the UK, although the Queen attends a ceremony at Westminster Abbey 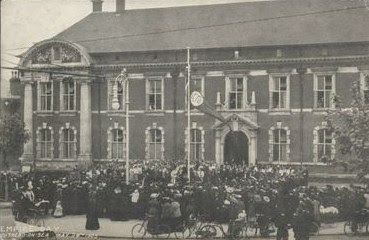