Back in part one I mentioned that upon entering the War Tunnels we were given replicas of two Jersey Identification documents. Here are ours. 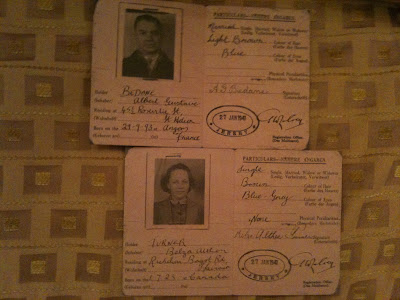 The mood was very sombre as people completed their visit to the War Tunnels, caught up with the thoughts of what could have happened, many of us present would be leading very different lives. We made our way to the restaurant, for a much needed sit down and cup of something and a light lunch. The sombre mood continued in the restaurant, not just for us, but others who were present. I could not initially understand it, until I looked at the walls. 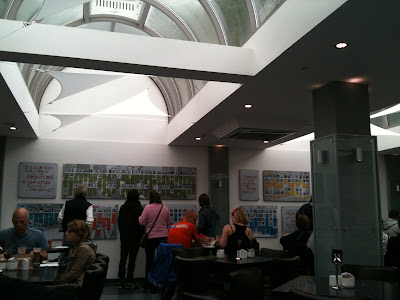 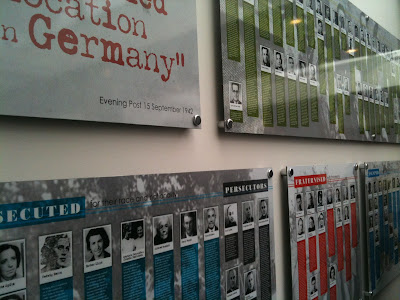 Across the walls was some information of those Islanders whose lives were reflected upon the Identity Cards. I searched for our first one; Belza Alther Turner. There was no trace of her, I searched again, no there was definitely no information. Slightly disappointed I turned to the second one. Albert Gustave Bedane. 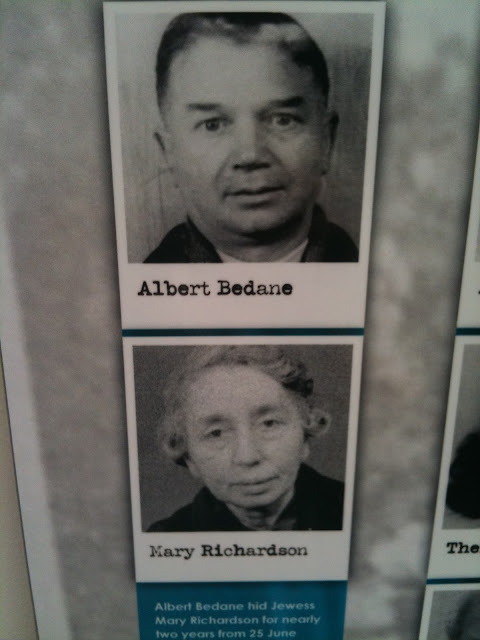 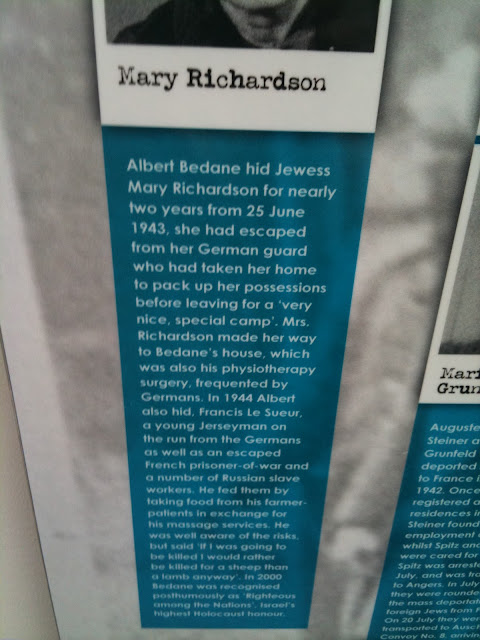 On the way out I asked at the desk if there was any information on the fate of Beliza Turner. Nothing has survived. Although born in Canada, whose links were entangled with the United Kingdom. She was more than likely evacuated from Jersey to Germany and did not return. Although perhaps, you know differently?

The whole experience of the visit to the War Tunnels was truly amazing. I would wholeheartedly recommend a visit to them.
Posted by Julie Goucher at 11:24 am