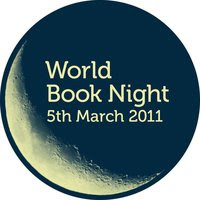 Around Christmas time I saw details of World Book Night and wanted to be involved. I heard about three weeks ago that I had been accepted as one of 20,000 book givers, to distribute 48 copies of my chosen book, which happens to be Toast by Nigel Slater.
I read Toast back in June 2007, here is that review
"This was one of the Times reads for 99p reads back in 2007. A delightful book, written as a series of small re-collectings of past times. Funny in places with some sad bits and lots of descriptive bits about food, and his childhood.
I enjoyed this, as I read it I also took a trip down memory lane, school milk, which has a very similiar effect on me to that of the author, having suffered a similiar fate as a child at junior school. The ponderings of an artic roll, we had one for desert about three days after I read this, the first time in probably 25 years! not to mention the walnut whips I purchased and consumed as a result of memory lane!"
You can follow the events and updates of World Book Night via
Facebook, Twitter and the web page
Posted by Julie Goucher at 10:45 pm