Write about a challenge you faced last year...... 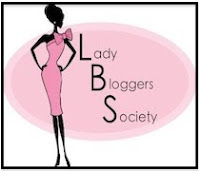 The blogging prompt for theladybloggers group on Wednesday 5th January had the following prompt:

"Write about a challenge you faced last year. What was the outcome?"

Quite simply the outcome of my biggest challenge was I resigned from my job. Not because the challenge of work was too great, but because I no longer felt that the work I did, the team I led or the experience I had to contribute, was considered to be of value by the business that I worked for. I simply could not carry on.

When things were tough after my father in law's death last summer and I returned to work, with an obvious backlog caused by being away for a month, I was rewarded by another huge pile of work with deadlines. Being able to prioritise was fine, but the business wanted everything in A1 order NOW! asking for help was fine, the challenge was getting the help. I limbered on from June until the Autumn, when I was unwell. Then a change of line manager, excellent, an individual that might just understand, not only the challenges that I had personally faced, but also the challenges that the business was facing. Did he understand? No.

We had numerous conversations. The business hadn't failed, I had. There was huge unpleasantness. Not the ranting that you see on the soaps, but genuine honesty from myself to a rather hostile organisation representative - my line manager.

Over the last 3 years, since the company I worked for merged with a bigger, financially struggling one that is well known, I have seen more colleagues leave either through redundancy or simple exhaustion or "I give up". Once the decision to leave is known, the thumbscrews that have been in overdrive stop and no one talks to you and you are excluded. At that point there should be relief that the thumbscrews have stopped, but instead it is replaced by the constant looking over ones shoulder and wonder what is going to happen next, what will be sprung upon me?

I should say that colleagues that are still in the business have been great, as were the team I managed, the hostile treatment and behaviour doesn't come from the organisation building, the bricks and mortar, it comes from a deep inset belief that no one could possibly want to leave. You only leave if you are discarded. Which explains the feeling of being not valued.
The business likes to be in control, not just of the business rationale, but also of its staff. I don't mean running a tight ship, I mean a control that is actually not healthy, that is overbearing and very unpleasant, and I would call it industrial bullying.

I met and worked with some truly wonderful people, and made some great friendships, both with people still working for the business and those who have since moved on, and many of those friendships continue. It is the people that we meet along the way that make our day jobs enjoyable and a pleasure to do.

Regrets?.....my regret is that I didn't leave sooner.
Posted by Julie Goucher at 9:14 pm