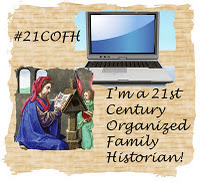 Being the baa-humbug of the house all matters relating to the Christmas tree are dealt with by my husband. Our tree decorations and Christmas paraphernalia live in one of the three eves cupboards we have in the roof of our three storey, with access from my study. So, it is enviable, that the tranquil world of my study is plunged into upheaval each December as the tree goes up and then again in January as the tree goes down. As removal of the tree is done with less interest and panache than going up, the Christmas cards we receive are usually plunged into a paper bag and then plonked into the decorations box.

This year we have taken our tree down later than usual and as I expected the decorations box, a huge non de-script box that we used when we moved house 16 years ago, held an assortment of cards. I say an assortment as it also holds various birthday cards sent to my husband, whose birthday is on 21st December.

Yesterday I sat quietly, whilst Stuart dismantled the tree, and sorted through the variety of Christmas cards. The pile was sorted into those that we would keep and those we would not. I should point out that as cards arrive, some with letters and photos, others with notes on the inside, they are read, digested, and any loose additions removed for safe keeping. Those that have notes written inside perhaps less digested as they are more likely to be added to the box!

It was a trip down memory lane, of perhaps the last few years certainly. I had obviously been through the box at some point as I discovered an Anniversary card for our 13th Wedding anniversary. Just why that was in the box I can not fathom, as our anniversary is in July. There were cards and in a variety of paper bags, each with the year added to the outside - which was rather helpful. I went through the various bags, extracting cards that I did want to keep and writing the year on the reverse. Those I opted not to keep have been added to the recycling bag.

Having gone through the cards I located a box in my study that holds other bits and pieces that I want to hold on to. The cards will be added to the box. At some point they will be scanned or perhaps photographed and some may well appear on a blog post of the future.

As we are talking of Christmas cards, I though that I would share this one, that lives with our family history photographs. The photo is of my Great Grandmother Annie Prudence Butcher nee Harris, or as she is affectionately known in my research notes as APH. The card was the Christmas card she sent in 1950. 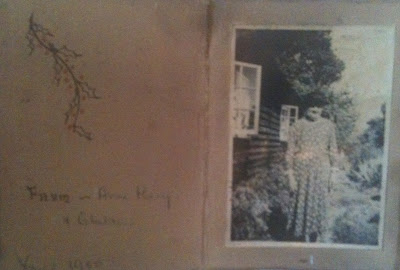 Posted by Julie Goucher at 3:00 pm