In my kitchen breakfast room I have a couple of beams. I can't recall exactly when, but at some point in the past we had hooks placed into the beams and then I have hung mugs and cups from them. So, over the coming weeks I will share with you those mugs.

The following is a commemorative mug, made locally to celebrate the Total Eclipse in August 1999. I can't remember where I purchased this, probably a local shop, long since closed. I do remember that I had had surgery about two weeks before and I had been very ill afterwards. I was trying very hard to be well enough to be discharged in order that I could view the Eclipse. As it happened I was discharged the day before. Hubby had to be encouraged to drive me to the sea front where we did manage to grab a reasonable spot and view. It was quite a peculiar feeling. The entire town became, almost a deathly quiet as everyone waited with anticipation of the sky getting darker and darker and darker. Then almost in a flash, started to get lighter and lighter. Quiet remarkable. 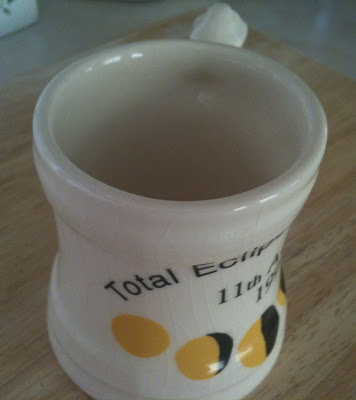 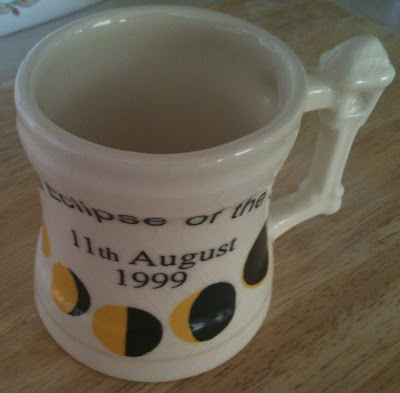 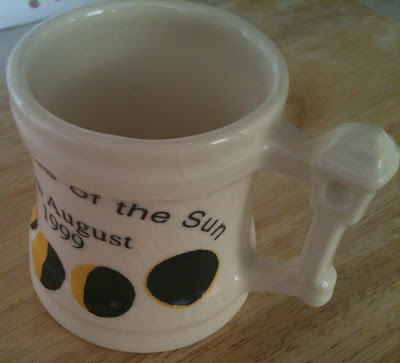 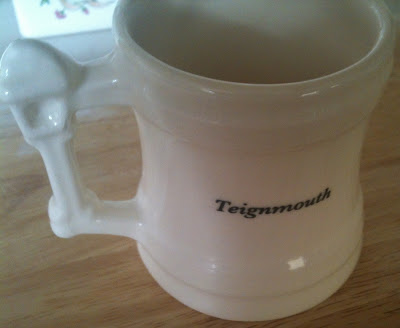 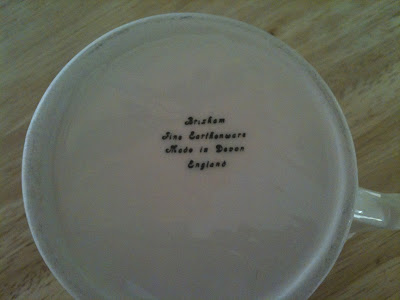