This photograph seemed rather fitting, given that we have the Diamond Jubilee this year.
Taken in June 1953 for the Coronation Parade. The rear of the photo has the handwriting of my Great Aunt Dorothy May nee Butcher (1915-2010). She calls this "Under Arrest". The man on the right of the photo was my Great Uncle, Percy Butcher (known as Dick). The location of the photograph is unknown, but probably Godalming,Puttenham or Guildford area, although my Uncle Dick lived in Horley Surrey. He died circa 1970. 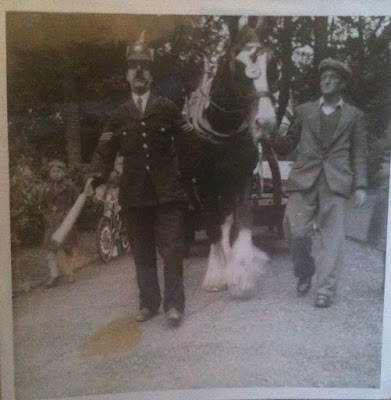